Lamar Odom's children Destiny and Lamar Jr. have called for ''continued prayers'' for their father after it was claimed his condition has deteriorated. 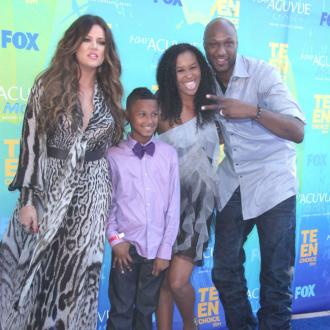 Lamar Odom's children are calling for ''continued prayers'' for their father.

The former basketball star was found unconscious at a brothel in Nevada earlier this week and although his condition is said to have deteriorated, his children Destiny, 17, and Lamar Jr., 13, have urged the public not to give up on him as they stay by his bedside at the Sunrise Hospital in Las Vegas.

Destiny and Lamar - who are Odom's children with ex-girlfriend Liza Morales - released a statement saying: ''Thanks for you outpouring of prayers and support for our dad. We are here with our family and friends. We appreciate everyone respecting our privacy at this time. We ask for you continued prayers.''

Lamar is reported to have fallen unconscious after days of partying with prostitutes at Dennis Hof's Love Ranch, where he is said to have taken eight to ten herbal viagra pills and drank half a bottle of cognac before being found by two of the girls.

It's also been claimed that the 35-year-old star - who split from estranged wife Khloe Kardashian in 2013 amid claims of drug abuse and infidelity on his part - had taken cocaine earlier in the week.

Khloe, her mother Kris Jenner and sisters Kim Kardashian West, Kourtney Kardashian, Kendall Jenner and Kylie Jenner have all been visiting Lamar in hospital where Khloe is said to be making his medical decisions.

Lamar's children Destiny and Lamar Jr., his ex-girlfriend Liza, dad Joe Odom and aunt JaNean Mercer have also been by his hospital bedside.

However, despite well-wishes from his family and friends, Lamar's condition is said to have deteriorated last night with four of the his organs including his kidneys failing.

A source told TMZ.com: ''The doctors are concerned it has been too long that he's been in this condition and now it's not looking good.''