TMZ reported on Monday that Odom - who had also allegedly been kicked out of his house by Khloe Kardashian the same day - got so drunk in an airport bar that he threw up when he boarded the Delta flight.

Fans are expressing concern for Lamar Odom’s well-being after it was reported that the recovering addict was kicked off a flight out of Los Angeles for getting so drunk that he vomited on-board the plane.

The 36 year old former NBA star, whose divorce from Khloe Kardashian is nearing its final stages, was spotted drinking several beers and whiskies in the airport lounge before getting on his flight, bound for New York City, on Monday (July 11th). 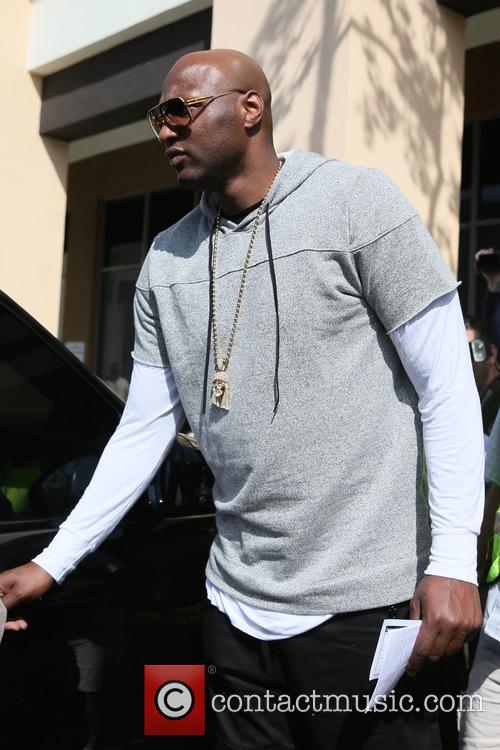 Before it took off, though, he rushed from his first-class seat and vomited in the kitchen area, before heading to the toilet to throw up some more, according to a report by TMZ. Flight attendants escorted him off the plane, but 10 minutes later he was allowed back on board, where he apparently staggered back to his seat – disturbing several other passengers trying to keep his balance in the process.

Eventually, one fellow flyer complained about his behaviour, whereupon Odom was kicked off for good. “Don't you know his history?” the passenger allegedly asked when remonstrated with flight attendants. “I don't want a dead body at 30,000 feet.”

Odom has a history of substance abuse, having been discovered unconscious in a brothel in Nevada last October after a drug binge. He spent four days in a coma, but made a remarkable recovery, with his wife Khloe delayed their divorce until he had sufficiently recovered after another three months in hospital.

He had been put up in a $25,000 per month rented house, paid for by Kardashian, in January. However, he was allegedly spotted in a bar in March ordering alcoholic drinks, and on Monday – the same day as the plane incident occurred – Odom was thrown out of the property after Kardashian apparently discovered a crack pipe at the property, according to TMZ.

Odom denied that this had happened, telling People magazine that he had cancelled the lease on the property because he was “ready to move on” from Khloe.