It will reportedly talk about secret splits between Kim and Kanye

Former basketball star and ex-husband of Khloe Kardashian is writing a tell-all book which he has said will cover "everything" including - sources have revealed - revelations about secret splits between Kim Kardashian and Kanye West. 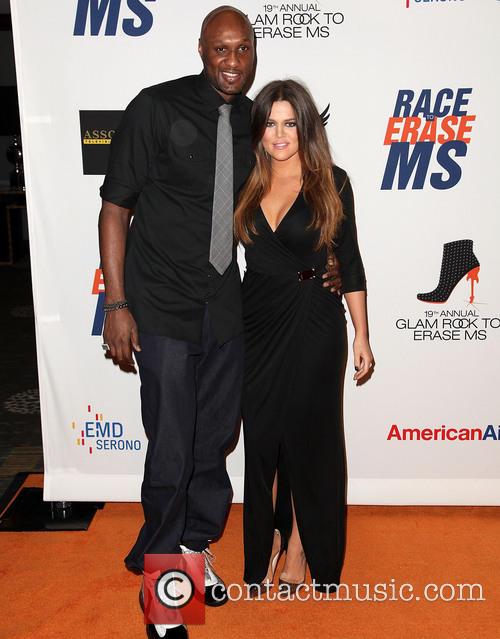 Could Lamar spill all the Kardashian secrets?

InTouch Weekly reported the star, who suffered difficulties with drugs during his marriage to Khloe, has written the memoir which will spare no details.

The 37-year-old said: "I have a book coming out, an autobiography about my life. [The book will cover] everything. Everything. It’s a free-for-all. [I’ll be] open about everything that’s been going on in my life, about the past."

A source reported the star could earn $10 million from the deal and added: "Lamar is going to include never-before-told secrets about cheating, sex, and drugs, the booze, the pills, the cocaine, all of it.

MORE: Lamar Odom Admits He Cheated On Khloe Kardashian During Their Marriage

"Lamar has nothing left to lose. He has been close to the Kardashian family through all of their craziest drama, and he is their biggest threat when it comes to spilling their dirtiest secrets."

Khloe and Lamar married in 2009 just one month after meeting but the 33-year-old reality TV star filed for divorce in December 2014; however, the request was dismissed by a judge in October 2015 before the pair took a break from separation after Odom was hospitalised and discovered unconscious in Nevada brothel that same month.

Khloe helped him through his recovery but filed for divorce again in May 2016.

The source has also revealed Odom will certainly cover Kim's 'dirty details,' in his book like how she uses men for fame.

She has been with Reggie Bush, Kris Humphries and is now married to Kanye West with whom she has two children: North, aged four, and Saint, aged one.

But the insider claims that Lamar will reveal that Kim and Kanye have had many secret splits and added: "Lamar knows all about their many separations, He can give details of their arguments, the name-calling and the accusations they've hurled at each other."