Khloé Kardashian thanks family and fans for support

Khloé Kardashian says estranged husband Lamar Odom has made ''incredible strides'' in his recovery and has thanked her family, friends and fans for their support over the past week. 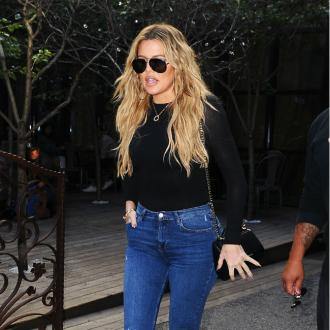 Khloé Kardashian says Lamar Odom has made ''incredible strides'' in his recovery.

The 31-year-old reality TV star, who rushed to be with her soon-to-be ex-husband after he was found unconscious at a brothel in Nevada last Tuesday (13.10.15) following a four-day drugs and alcohol binge, admits the past week ''has been incredibly difficult'' and she couldn't have coped without the support of her ''family, friends and fans.''

The 'Keeping Up with the Kardashians' star broke her silence on the drama on her official website, KhloeWithAK.com, today (20.10.15), writing: ''The past week has been incredibly difficult. I am so thankful to family, friends, and fans, who have sent nothing but prayers and well wishes to Lamar. I also want to take a moment to thank everyone at Sunrise Hospital, including the amazing doctors and nurses for their kindness and diligent work. Under their amazing care, incredible strides have been made.

''You can never be prepared for an experience like this, but without the outpouring of love and endless prayers that Lamar has received and the strength I was given from my loved ones, it would have been difficult to endure. Thank you for your continued support. God is great!!!''

Khloé, who filed for divorce from the former L.A. Lakers player in December 2013 after four years of marriage amid rumours he was addicted to drugs and cheating on her, is said to have placed her four-month romance with James Harden on hold to support Lamar even though their split is expected to be finalised by a judge by the end of this year.