Khloé Kardashian doesn't want to ''make any big moves'' during Lamar Odom's recovery and called off their divorce because she felt it was ''the most sensible thing to do.'' 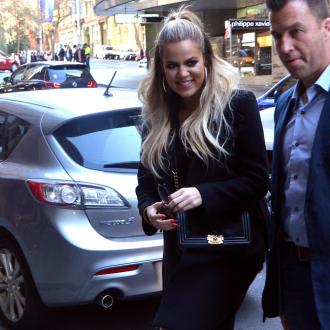 The 31-year-old star officially called off her divorce from the 35-year-old athlete, who was found unconscious at a brothel in Nevada last week following a four-day drugs and alcohol binge, in court in Los Angeles today (21.10.15) because she felt it was ''the most sensible thing to do.''

A source close to the 'Keeping Up with the Kardashians' beauty told UsMagazine.com: ''This is a very delicate and difficult time for both Lamar and Khloé, and the most sensible thing to do at such a time is not make any big moves and put everything on hold. So that's what she is doing.''

The couple split in December 2013 after four years of marriage, but only signed their divorce papers in July and were waiting for the judge to make it official before requesting their case be dismissed today.

Another insider previously claimed the duo have decided to rekindle their relationship.

Meanwhile, Jonanthan Cheban, who is best friends with Khloé's sister Kim Kardashian West, is shocked by how well Lamar is doing since emerging from a coma late last week.

He told E! News: ''It looks like he's really strong. Now you know why athletes get paid so much money because they're like bulls. It's just unbelievable that someone could have so much happen to even get to the point where he is now. To me it's like unbelievable and miraculous. I wish I could be that strong as a person to begin with.''