Lake Bell has given birth to her first child - a baby girl!

Lake Bell and her husband Scott Campbell have welcomed their first child together. A rep for the 35-year-old actress confirmed Bell had given birth to a baby girl. No further details were given.

Bell and Campbell have been together since 2011 after they met on the set of How to Make It in America. Bell was starring and Campbell, a popular tattoo artist who has worked on such stars as Orlando Bloom and Robert Downey Jr, was guest starring as himself. The couple married in 2013 and announced they were expecting their first child at the Tribeca Film Festival in April. The news of the birth was confirmed to E! on Saturday (25th October). The news about Lake's baby broke on Saturday

Bell first showed off her baby bump on the red carpet at the Vanity Fair party at the film festival. She was almost four months pregnant at the time and had not previously shared the news. Bell seemingly decided to break the news as she was finding hiding her pregnancy increasingly difficult. Speaking to People, Bell said "I think you start to get overwhelmed. You can overthink it. I was just sick and tired of hiding it."

After the initial announcement, Bell made frequent appearances on the red carpet and on talk shows in order to show off her growing bump over the following months. She even explained, whilst appearing on Jimmy Kimmel Live!, how she had discovered she was expecting a child. Speaking to Kimmel in May, Lake explained how she had discovered she was pregnant on the same day she was going to be photographed topless for Esquire.

Bell is best known for her numerous television roles particularly her character Sally Heep who she played in both The Practise and Boston Legal. Most recently she has appeared in such films as Million Dollar Arm, opposite Jon Hamm, and lent her voice to Mr. Peabody and Sherman.

More: In A World. Where Lake Bell Talks About Voices 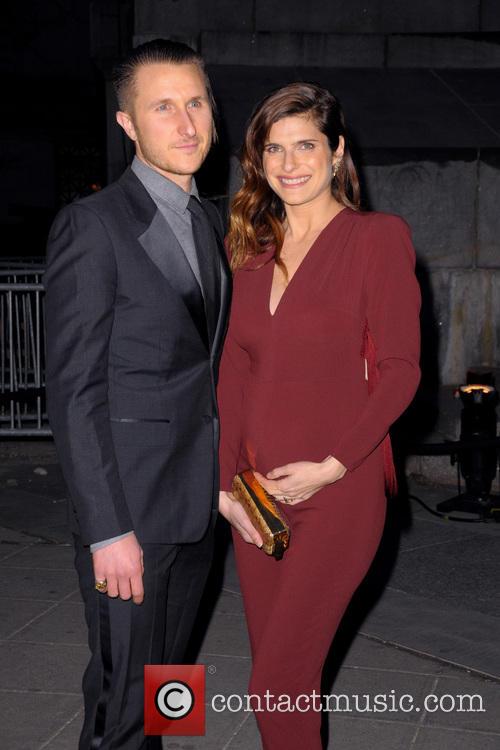 Little is known about Lake's baby as yet