Ladyhawke (born Phillipa 'Pip' Brown) Ladyhawke is a solo singer / songwriter from New Zealand. In the studio, Pip Brown plays all of the instruments but when Ladyhawke tours, she uses a backing band.

Childhood: Ladyhawke grew up in Masterton, near Wellington, New Zealand. Her mother was a singer and her stepfather was a drummer.

As a child, Ladyhawke was frequently ill and spent a lot of time in and out of hospital. At the age of 10, she was diagnosed with erysipelod, a disease that had been absent in the New Zealand population for 20 years. However, due to her allergy to antibiotics and penicillin, treatment of the condition was very difficult. At one point, she slipped into a coma and came very close to dying.

She has also been diagnosed with Asperger's syndrome, as well as having a lactose intolerance.

Musical Background: Ladyhawke moved to Wellington after leaving high school and formed the band Two Lane Blacktop, named after a road movie starring James Taylor. One of the high points of the band's career was playing at the infamous New York club CBGB's. Two days before their SXSW gig in Austin, Texas, the drummer quit the band, which proved to be the end of the band.

Ladyhawke then moved to Melbourne, Australia. Nick Littlemore (of Empire of the Sun) asked her to join him in a two-piece band called Teenager. Littlemore was based in Sydney, so she moved there and the pair played together for around two years.

Ladyhawke: The name for Brown's Ladyhawke project came from a character played by Michelle Pfeiffer in 1985, in the movie of the same name. Musically, Ladyhawke is very influenced by 1980s pop sounds, and comparisons are often drawn between her and Cyndi Lauper and Kim Wilde, though she has also been compared to Peaches, the Canadian electroclash artist. Ladyhawke herself has stated that ELO's album Time is her biggest influence.

In 2008, Ladyhawke was nominated for a Best Solo Artist Award at the NME awards, following the release of the singles 'My Delirium' and 'Paris Is Burning'. 'My Delirium' has been covered by Christina Aguilera, produced by Ladytron. 'Paris Is Burning' was chosen as the soundtrack to both Chanel and Topshop's catwalk shows in 2008.

Ladyhawke's eponymous debut album was released in 2008 and was especially popular in the UK.

In 2008, Ladyhawke toured with The Ting Tings as well as performing at the SXSW festival in Austin, Texas. In 2009, she was booked to play at a number of festivals, including The Isle of Wight festival and Latitude.

Sales of Pip Brown's eponymous début as Ladyhawke weren't life changing, but sufficient for her to continue with the vehicle after starting out in her Wellington home with Two Lane Blacktop and then working with Pnau's Nick Littlemore as one half of Teenager. An on-point mix of lairy chick rock a la The Donnas along with nods to the likes of wavy haired 80's pop from Fleetwood Mac and Kim Wilde, it drew mild criticism for straying occasionally close to pastiche, but with female soloists perpetually struggling to break the mould, it proved that total compromise wasn't essential for modest success.

2012's Anxiety sought to largely repeat the formula, but it's predecessor's retro gloss was somehow missing and was eventually drowned by the success of fellow Kiwi Lorde's smart and crystalline post-feminism. Since then Brown - after an epiphany one morning in her LA home - has given up alcohol and married long term girlfriend Madeleine Sami, finally acknowledging that drinking was a part of her process she no longer required for it to function.

These cathartic moments have undoubtedly shaped Wild Things, a record on which the earthier guitar tones which characterised the Mr.Hyde schema of previous releases are all but completely absent. This space is neatly occupied by an outpouring of joy; Brown has surely never written a tune as straight ahead as opener A Love Song, her voice which has frequently played in the margins belting out a chorus as definitive as it's slick.

By Robyn Burrows in Music Reviews on 27 August 2009

Review of Ladyhawke playing a secret gig for Beck's Beer at The Village Underground, London on 25th August 2009. 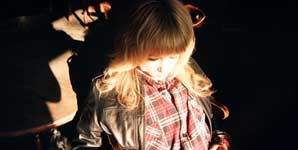 Ladyhawke, Back Of The Van (Remixes) Album Review

Review of Ladyhawke's album Back Of The Van (Remixes) released through Modular. 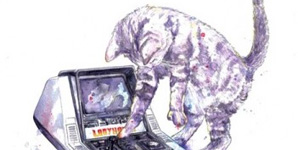 Continue reading: Ladyhawke, Back Of The Van (Remixes) Album Review 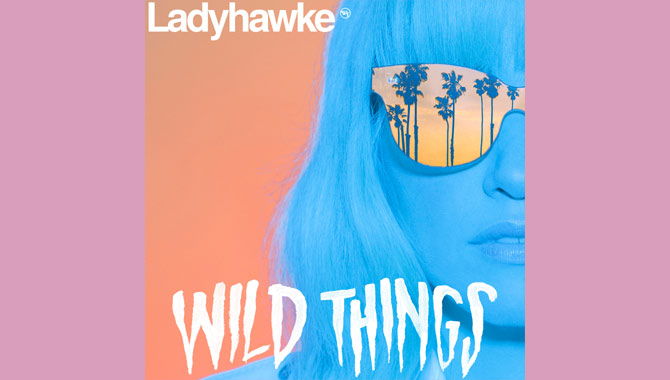 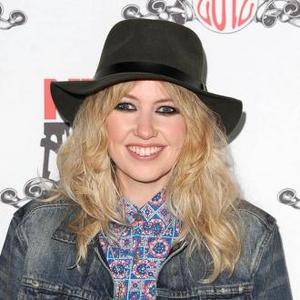 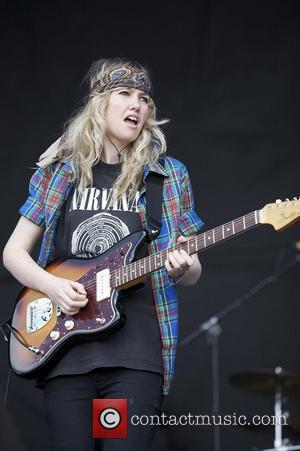