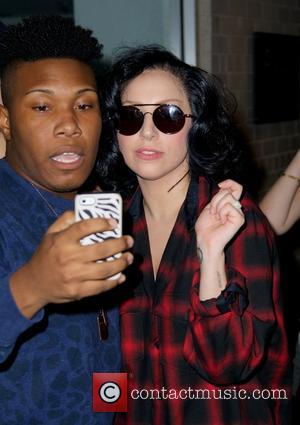 Lady GaGa, Moby and John Cusack are among the stars who have expressed their outrage after U.S. soldier Bradley Manning was sentenced to jail time for passing classified information to WikiLeaks.

The Army intelligence analyst was handed a 35-year prison term on Wednesday (21Aug13) after being found guilty of 20 crimes, including six violations of the Espionage Act, for releasing U.S. state secrets to the whistleblowing website.

A host of famous faces took to Twitter.com to share their reactions to the punishment and to voice their support for Manning.

Gaga tweeted, "The news of Bradley Manning's sentencing is devastating. If our own can't speak up about injustice who will? How will we ever move forward?"

Moby uploaded a photo of himself holding up a cartoon drawing with the phrase "Bradley Manning is still my hero", and Rage Against The MAChine rocker Tom Morello shared a link to a petition calling for clemency for Manning.

Cusack added, "He deserves the Nobel peace prize - sometimes the 'illegal' is moral," and Patricia Arquette remarked, "In America it is illegal to take action against your boss if they are committing crimes. It is illegal to speak up. Someday soon we will have no truth. No citizen, journalist or soldier will even try. Our children will not know freedom."