Stars' Costumes To Go For Auction 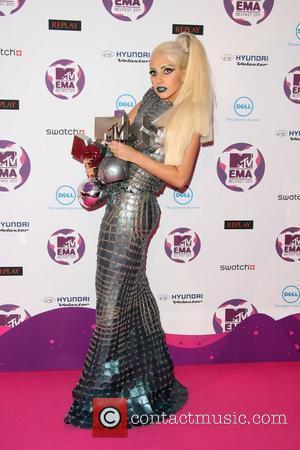 Costumes worn by stars including Lady GaGa, Cyndi Lauper, Sir Mick Jagger and Kurt Cobain are set to go under the hammer in a massive memorabilia auction.
A structured black dress worn by Gaga on the cover of Madame Figaro magazine earlier this year (11) is part of the Julien's Auctions sale and is expected to fetch more than $10,000 (£6,667).
A fake gun she waved in her Born This Way video is also for sale alongside a guitar signed by Bono, a sketch by John Lennon and the costumes worn by the late Beatle and Sir Paul MCCartney in the movie Help.
Costumes worn by Jagger and Cobain will also go under the hammer with the dress worn by Lauper in her famous Girls Just Wanna Have Fun promo.
The sale will take place in December (11).