It's A 'Perfect Illusion'! Lady Gaga's New Video Is Set In The Desert

Lady GaGa has a new thing about swinging her microphone.

Lady GaGa has unveiled the official video for her new single 'Perfect Illusion'. The clip came yesterday (September 20th 2016), just one month ahead of the release of her next album 'Joanne'. Apparently, it was shot over a period of two days in a desert just outside of Los Angeles. 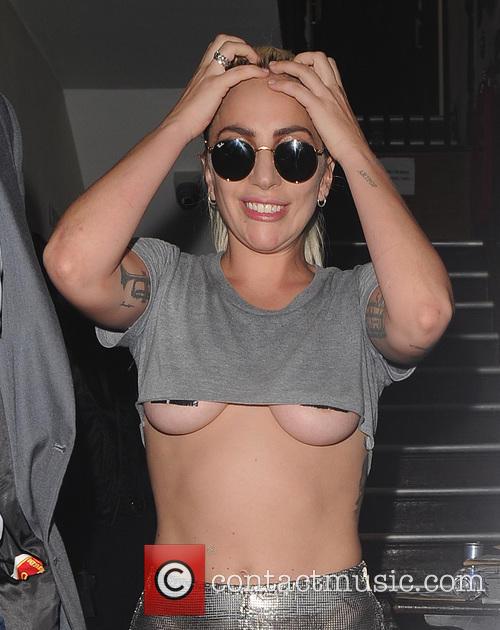 Directed by Andrea Gelardin and Ruth Hogben, and produced by Keeley Gould, the video opens with Lady Gaga dancing for a crowd in the sun, swinging her microphone over her head like a lasso. It then cuts to the singer driving erratically through the desert, before she ends up rocking out in the club.

'Perfect Illusion' was released on September 9th and while it only reached number 15 on the Billboard Hot 100, it debuted at number two on the Digital Songs chart with 100,000 downloads. It was co-written and co-produced by Kevin Parker from Tame Impala, Mark Ronson and BloodPop, and was recorded at Shangri La Studios in Malibu, California.

Gaga performed the song live for the first time at Moth Club in Hackney, London the day after its release, and it was also used in a trailer for 'American Horror Story: Roanoke'; the highly anticipated sixth season of the series in which Lady Gaga is due to make an appearance following her award-winning performance in 'Hotel'.

The song is the lead single from her upcoming fifth studio album 'Joanne', which is due for release this Fall. It follows her 2014 collaborative release with pop standards crooner Tony Bennett 'Cheek To Cheek' which reached number one. Her last solo album was 2013's 'Artpop', while her last single release was the Academy Award nominated 'Til It Happens to You' from the 2015 documentary movie 'The Hunting Ground'.

'Joanne' is set to be released via Streamline and Interscope records on October 21st 2016.