Pop superstars Lady GaGa and Madonna are set to reignite their feud following reports they both want to perform at an upcoming show to mark the fall of the Berlin Wall. 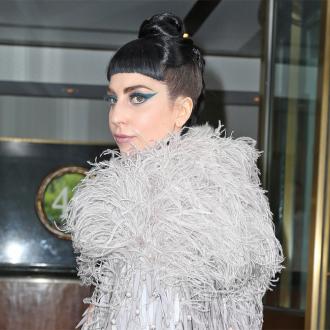 Lady GaGa and Madonna are said to have clashed over a performance to mark the fall of the Berlin Wall.

The two pop superstars are both keen to sing at a special event to commemorate the 25th anniversary of the historic collapse which united Germany on November 9.

A source told the Daily Star newspaper: ''Madonna and Gaga are equally desperate for the honour of performing.

''They both like to think of themselves as very political, and will also have new albums to promote by then.''

The pair have clashed in the past over claims the 'Applause' hitmaker has copied Madonna's image, and it is said the 'Papa Don't Preach' singer is the favourite to perform at the event.

The insider added: ''It could reignite their long-running feud as the date draws nearer because neither are used to being told no.

''However, it's highly likely organisers would choose the Queen of Pop over Gaga, if push came to shove.''

In the past, Madonna branded her rival ''reductive'' following accusations Gaga's hit 'Born This Way' was a rip-off of her own track 'Express Yourself'.