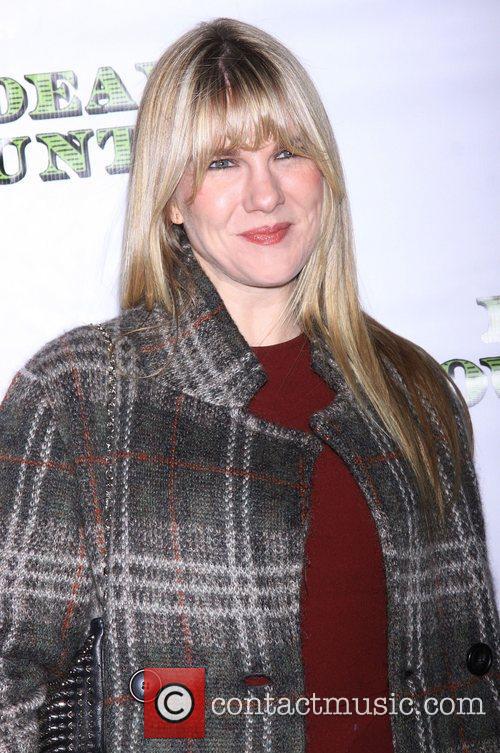 Lily Rabe at the premiere of Dead Accounts at the Music Box Theatre in New York, November 2012.

The majority of the main cast were present at the panel and their characters were also announced. However, Rabe and Lady GaGa (who will play the hotel’s owner, Elizabeth) were not present. Murphy revealed Rabe would be playing Wuornos in two episodes, a two-parter for Halloween.

"We're doing a two-part, well, we always do a two-part Halloween episode, but our Halloween episode this year is called Devil's Night," said Murphy, as the L.A. Times reports. "I'm directing it because I love the script so much, when we finished it I said, 'I can't give this to anybody else.' Lily Rabe is coming to that episode. And she's playing Aileen Wuornos, which is really fun and bizarre. I don't want to give too much away but I will tell you that she's at the centerpiece of that, and that's who she's playing."

Wuornos was arrested in 1991 and charged with the killing of six men in Florida between 1989 and 1990. She was accused of killing seven victims in total but one of the men’s bodies was never found so no charges could be brought against her. She was working as a prostitute at the time of the murders and claimed self-defence against sexual assault as her motive for a number of the killings.

Wuornos was sentenced to death for each of the six murders. She was on death row in Florida until she was executed by lethal injection in 2002 at the age of 46.

Rabe is not the only actress to have played Wuornos. Charlize Theron starred as the serial killer in the 2003 movie Monster. Theron’s performance earned her an Academy Award for Best Actress so Rabe certainly has some big shoes to fill with her own take on Wuornos’ complex character.