Lady GaGa has won the LennonOno Grant For Peace award in memory of John Lennon for her contribution to the gay, lesbian and transgender community. 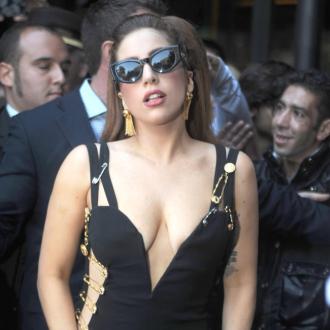 Lady GaGa will be awarded the LennonOno Grant For Peace award.

The 'Edge Of Glory' hitmaker has been chosen for the prize - in memory of late The Beatles musician John Lennon - for her commitment to campaigning for gay, lesbian and transgender rights.

Four other artists - including Russian punk band Pussy Riot and the late writer Christopher Hitchens - are also to receive the award alongside Gaga.

The ceremony will take place in Reykjavik, Iceland, tomorrow (09.10.12) - the birthdate of John - hosted by the singer's widow, Yoko Ono.

Explaining why Gaga was to receive the prize, Yoko called her ''one of the biggest living artists of our time'', and said her album ''Born This Way'' had altered ''the mental map of the world'' with its positive messages of encouragement.