Lady GaGa has been chosen by New York Major Michael Bloomberg to lead the countdown to 2012 in Times Square on New Year's Eve (31.12.11). 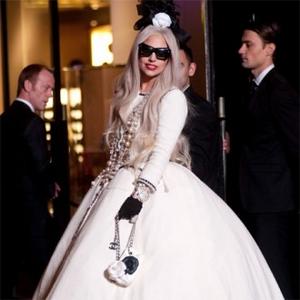 Lady GaGa has been chosen to lead the New Year's Eve countdown in New York's Times Square this year.

The pop superstar - who is a proud New Yorker - has been personally chosen by Major Michael Bloomberg to push a Waterford Crystal button and drop the ball into the crowd at 11.59pm on Saturday night (31.12.11).

Every year the major picks a special guest to lead the countdown and previous choices have included former US President Bill Clinton and his wife Hilary Clinton, boxing legend Muhammad Ali and Rudy Giuliani.

Over one million people are expected to join the celebrations in the 'Big Apple'.

Gaga will also be performing on the annual ABC TV show 'Dick Clark's New Year's Rockin' Eve with Ryan Seacrest 2012' to see in the New Year.

Because of the time difference Gaga will 'celebrate' New Year's twice as she will appear on the Japanese TV show before the big countdown happens in the US.