Lady GaGa wants to ''lay on the floor and cry'' because ''stupid popstar rules'' prevent her from releasing more songs. 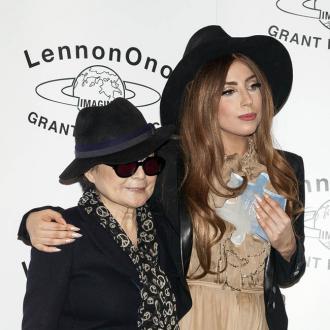 Lady GaGa wants to ''cry'' because there are so many songs she has recorded but cannot release.

The 'Born This Way' hitmaker has put out two full albums since debut single 'Just Dance' in 2009, but the prolific songwriter claims ''stupid popstar rules'' prevent her from releasing more tracks.

She tweeted: ''do you now how hard it is to have albums+albums of new music that i can't play u. let me just lay on the floor + cry *stupid popstar rules* (sic).''

Earlier this week Gaga was given the LennonOno Grant For Peace in Reykjavik, Iceland, in recognition of her social activism and said she will donate the $50,000 award to Elton John's Aids charity.

Yoko Ono, who presented the 26-year-old with the prize, praised her work campaigning for gay rights.

She said: ''Gaga is powerful and it's great that she is using her power to do other things than just singing.''

'Judas' singer Gaga was thrilled to receive the prize, posting a picture of herself with it on Twitter and writing: ''Today was happiest day i've ever had. Here's me with my LennonOno Peace Prize. Yoko says, its a piece of the sky (sic).''