Lady Gaga wants to be 'the next Iron Maiden'

Lady GaGa is sick of comparisons to Madonna and instead wants to be ''the next Iron Maiden'' because they have been ''filling stadiums'' for so long. 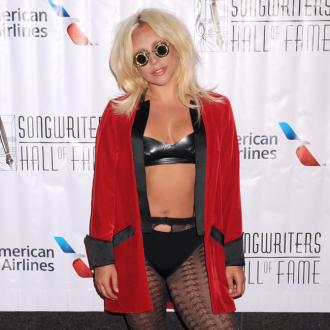 Lady GaGa wants to be ''the next Iron Maiden''.

The 29-year-old singer has hit out at people who compare her to music legend Madonna, saying she'd prefer people liken her to the heavy metal band as she sees them as ''one of the greatest rock bands in history''.

She said: ''They're one of the greatest rock bands in history, in my opinion. Some people really don't know the importance of metal and the scope of it. Those guys were filling stadiums, and they still are. And it's because of the culture of the music, the poetry that's so powerful, that whenever the fans come together they unite in the essence of what Iron Maiden is all about. I always used to say to people, when they would say, 'Oh, she's the next Madonna.' No, I'm the next Iron Maiden.''

The 'Do What U Want' hitmaker has no plans to make a foray into metal though and insisted she will continue singing jazz following her swing album 'Cheek to Cheek' with crooner Tony Bennett.

Speaking to the September issue of CR Fashion Book, she added: ''I don't want to stop singing jazz. I'm going to put my music out but I'm not going to stop singing the classics. It's something you never get tired of doing because you know it will be different every time. It's actually not the same for me, singing one of my songs over and over again. It's brought new life into the way I perform my own songs because I want to do them even more differently than I already do, and that's something that people are vigilantly against in pop music.''