Lady GaGa is opening a Michael Jackson museum which will showcase £1.25million worth of products which belonged to the late star which she's since purchased. 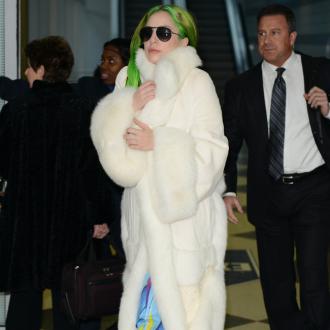 Lady GaGa is opening a Michael Jackson museum which will showcase £1.25million worth of the legend's stuff.

The 'Applause' hitmaker increased her collection of products which belonged to the late star - who died of acute Propofol intoxication in June 2009 - in 2012 when she bought 55 items from an auction, and she takes good care of iconic memorabilia including the famous jacket which features in his 1983 hit 'Thriller' and white Swarovski crystal encrusted glove which cost £117,800.

Gaga feels it's essential the late King of Pop of should be remembered and since she treasures her own tour clothes she felt uneasy when Michael's were sold and has spent millions to make sure they are well preserved.

She said: ''I will put together a museum and put the money to a foundation he cares about.

''The reason I bought Michael's clothes was because my tour clothes mean more to me than anything, my awards, records. I believe they carry the energy and memories of the night.

''With Michael's clothes being sold when he was not here made me feel really uncomfortable, upset and I don't why. I take care of them - they are in the right temperature and are preserved. I have spent millions.

''I believe that the fans' energy gets stuck in the clothes. I wanted to preserve that for him.''

The 27-year-old singer was careful not to reveal her identity when she was purchasing products to avoid overpaying and used a ''different names''.

A source said: ''She has been stocking up on items from all over the world. Some of her purchases have been under different names so that she is not overpaying for artifacts.''

Gaga is currently seeking the backing off Michael's estate and his kids - which includes 16-year-old Prince and 15-year-old Paris - for the project but is already trying to find a location and is has her eye on cities which were of significance to the star.

A source told the Daily Mirror newspaper: ''She is planning out the next stage of where the location for the museum should be.

''She's considering Gary, Indiana where Jackson started his career, her hometown NYC or Los Angeles, close to his Neverland home.''