Is Gaga taking over the world with her wacky outfits?

Lady GaGa has appeared on the Jimmy Kimmel show wearing a dress made out of coffee filters - are we surprised? In a word, no. Where else is there to go once you wear a dress made out of meat, had a Christmas tree on your head and generally made a show of yourself every time you’ve stepped out the front door? We’re not complaining, Gaga’s outfits are always worth a look no matter how ridiculous they might seem and this list of ten of the best is just a small look at the singer’s increasingly wacky wardrobe.

What better way to get yourself into the festive spirit than to wear an actual Christmas tree on your head? Well that’s what Gaga thought when she attended the Jingle Bell Ball back in December, Gaga’s tree was of course decorated with all the usual baubles, leading us to wonder just how heavy it was. She also added a bright green wig to keep with the theme and wore a futuristic red dress, presumably she’d ran out of wrapping paper. 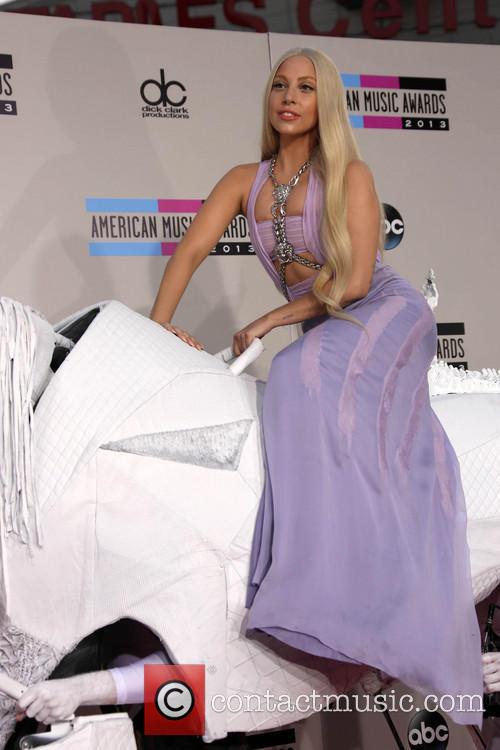 Ok so this purple Versace gown isn't much to write home about in Gaga land, but you can't forget her major accessory - the white horse she rode onto the red carpet. Imitading another Lady, Godiva who was more famous for wearing no clothes, the horse was of course not real. Instead it was operated by two men, pantomime style and the whole thing ended up looking rather awkward. 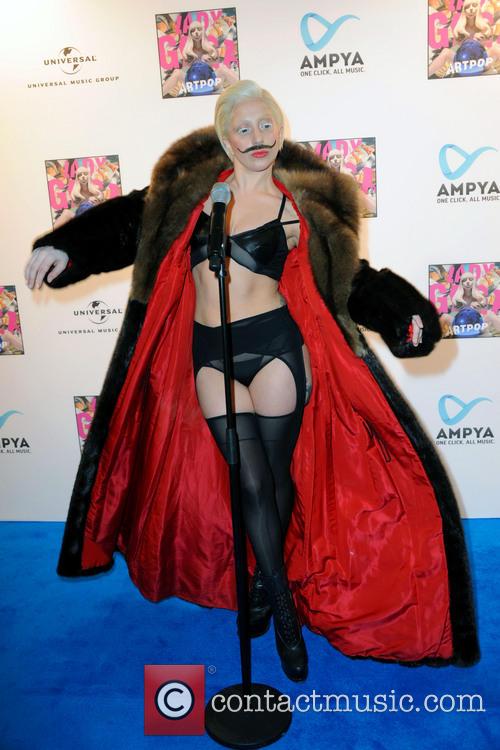 After you've called your album 'Artpop', it's only fitting to make a tribute to one of your favourite artists and that's just what Gaga did for the album's Berlin launch. Dressed seemingly in her underwear and with a large fur coat (she must have forgotten the middle bit of getting dressed) Gaga sported a Salvador Dali moustache to pay tribute to the world's original attention grabber. 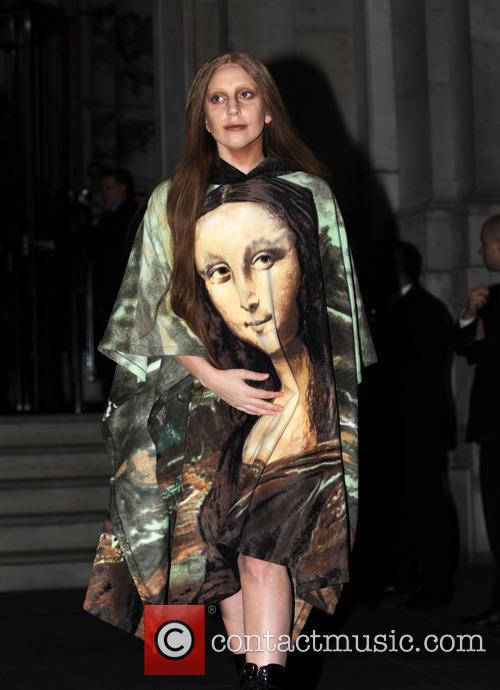 Another artist getting the Gaga treatment here and what better way to make a homage to your favourite painting than to dress up as the subject whilst simulatiously wearing it as a dress. Gaga rocked her Mona Lisa look during her stay in London and we’re sure DaVinci would have been proud if not slightly scared.

It's not just artists that inspire Gaga, another icon she's paid a fashion homage to is Mickey Mouse. Whilst out and about during London Fashion week in 2012 Gaga sported these massive mouse ears at Philip Treacy’s show. Not only that she also wore the actual glove and jacket belonging to Michael Jackson, she later described the outfit by tweeting ‘Mickey Jackson’. But the real question is, how did she fit into her car?