Lady GaGa is set to release a second 'ARTPOP' album after revealing she wrote enough material for another volume of the record. 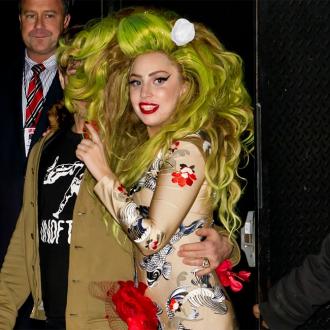 Lady GaGa is set to release a second 'ARTPOP' album.

The 28-year-old singer has teased plans for a second volume of the album by saying she has enough material to release a new LP ''soon''.

In an interview with American Top 40 radio station, she said: ''I wrote a lot of songs when I was creating 'ARTPOP'. When I was done working on them I had a very specific idea of the concept for the first release of 'ARTPOP'.

''But I do have a lot more records. But there's a strong possibility I will release another volume of 'ARTPOP' and I'm really hoping that it's soon.''

Meanwhile, the star is due to hit the road in support of her current album next month, kick-starting her 'ArtRave: The ARTPOP Ball Tour' in Florida on May 4.

She posted a photograph of the stage design last month on her Twitter account, showing a space-themed plan with transparent runways.

She also wrote: ''#LadyGagaTourStage The stage is lucite and you can just dance underneath the runways (sic).''

The blonde star also brings the show to the UK in October, performing in Birmingham, Glasgow, Manchester, London and Dublin.