Lady GaGa is using anti-baldness drug Rogaine in a bid to boost her hair which has started to fall out because she dyes it so often. 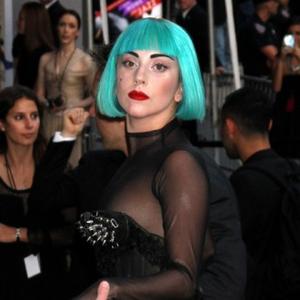 The 25-year-old singer - who has experienced hair loss because of how often she has dyed her tresses - has started using Rogaine in order to reverse the years of damage she has subjected her locks to in the name of fashion.

A source is quoted by The Sun newspaper as saying: "Over the years Lady Gaga has put her locks under a lot of stress. She's poured so much chemicals over them that it's damaged her follicles.

"She's hoping by using Rogaine, she can repair some of the harm."

The 'Born This Way' hitmaker reportedly first started worrying about her hair while on her epic 'Monster Ball Tour'.

A source claims Gaga went ballistic backstage because whenever she "dragged a comb through her frazzled, bleached tresses, there was hair everywhere - in the comb, on the floor, in her hands".

The pop superstar - who is famous for her collection of wigs including a wool-like up do and a waist-length blonde wig - has previously spoken about the effects of dying her naturally brunette locks blonde.

She said: "[I had to] get a chemical haircut because my blonde hair is falling out."