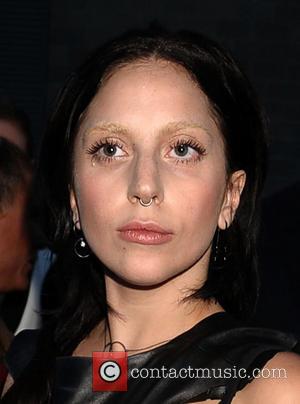 Lady GaGa has thanked performance artist Marina Abramovic for working on her new album by stripping naked to promote her pal's fundraising campaign.

The Poker Face hitmaker enlisted veteran artist Abramovic to help during the production of her upcoming third album Artpop, and now she has repaid the favour by starring in a racy promo.

The singer strips off and walks blindfolded through a field, carrying out of a series of exercises known as the 'Abramovic Method', a workout regime designed to heighten awareness of physical and mental experiences.

Gaga is also shown bending over naked in a forest and standing in a lake with yellow spikes covering her eyes, before ending the film staring into the camera.

The clip is aimed at raising funds for the Marina Abramovic Institute, which is dedicated to the preservation of performing arts.