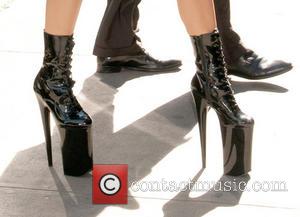 Lady GaGa is reuniting with the stars of The Muppets to serve up a holiday treat for fans.

The Applause hitmaker recently filmed a secret Christmas Tv special with Jim Henson's puppet characters in Los Angeles and the show is due to air in December (13) on U.S. network ABC, reports Eonline.com.

Gaga previously befriended Kermit the Frog, Miss Piggy and pals while shooting a cameo in 2011's The Muppets movie, but her appearance was cut from the final edit.

She also took Kermit the Frog as her date to the 2009 MTv Video Music Awards, while designers from Jim Henson's Creature Shop company helped to create costumes for her The Monster Ball tour in 2010.