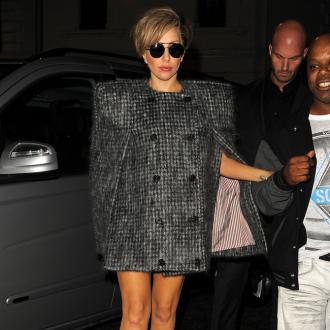 The 27-year-old pop superstar debuted the song - from her upcoming 'ARTPOP' album - at her iTunes Festival concert in London on Sunday night (01.09.13) and she has now revealed the track's lyrics come from her own racy dreams.

Writing on her Twitter account, Gaga - who is dating actor Taylor Kinney - revealed: ''#SexDreams is me talking to two different lovers. One im with in reality, the other in fantasy. (separated by me singing vs. speaking).

''#SexDreams chorus is that moment when you wake up sweaty from that dream and laugh because you know you got away with something naughty! (sic)''

The song's chorus contains the lyrics ''Last night / Damn, you were in my sex dreams / Doing really nasty things

Gaga has made her return to the stage following a six-month lay-off as she recuperated from hip surgery in February.

Now the flamboyant singer is back performing she just cannot wait to get back on tour.

She tweeted: ''Heading back to America! Looking forward to getting back to rehearsal, more performances of APPLAUSE coming your way soon ... CAN I GO BACK ON TOUR NOW. I promise to be a good girl this time and not break anything. (sic)''