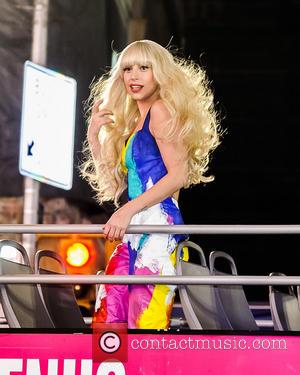 Lady GaGa has scored her third number one album on the U.K. music charts.

The Born This Way hitmaker's new release Artpop has toppled Eminem's The Marshall Mathers Lp 2, which debuted at number one last week (begs11Nov13).

Celine Dion's Loved Me Back To Life debuts at three, while Little Mix's Salute and The Nation's Favourite Elvis Songs compilation round out the new top five.

On the singles charts, Martin Garrix's debut, Animals, has grabbed the number one spot ahead of Lily Allen's cover of Keane's Somewhere Only We Know, which she recorded for British department store John Lewis' Christmas Tv advertisement.

Ellie Goulding's How Long Will I Love You, the official single of this year's Bbc's Children In Need telethon, lands at three, while Eminem and Rihanna's former chart-topper, The Monster drops two places to four.