Lady GaGa has thanked Lily Allen for calling her a ''martyr'' to music and is impressed the singer stands up for her fellow artists. 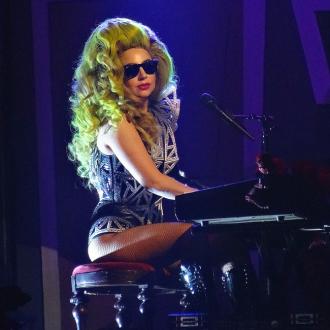 Lady GaGa thinks Lily Allen is ''admirable'' for calling her a ''martyr''.

The singer is extremely grateful to her fellow pop star for defending her latest album 'ARTPOP', which hasn't been selling as well as her previous records, insisting Gaga deserves credit for choosing ''art'' over commercial success in a recent interview.

Discussing the comment on the BBC Radio 1 'Breakfast Show' with Scott Mills this morning (15.04.14), Gaga said: ''That's really very sweet. I've always been a big fan of hers. I appreciate her standing up for artists and for me in particular. That's really, really admirable of her to do that.

''I think all artists should stand up for one another because when it becomes a competition, we're not supporting production of creativity and art. She's always had that old soul heart so it doesn't surprise me. I thought that was very sweet - thank you Lily, you're lovely!''

The 28-year-old star also opened up about why she chose to feature the 'Real Housewives of Beverly Hills' cast in her new music video 'G.U.Y', explaining that she feels the women - who include Lisa Vanderpump, Kyle Richards, Yolanda Foster and Kim Richards - are part of an empowering new movement in reality TV.

Gaga mused: ''Isn't it kind of interesting that we stopped writing stories? And a director just looked at the cast one day and said, 'I'm just going to film you doing nothing.'

''We've found it more entertaining to catch people with their pants down, so to speak. Which is what I found interesting with the girls is that they seem to know that they're happening and they feel empowered by it.

''[That's] what the song is about, it's about being out of control and being on the bottom but still finding a way to feel powerful.''