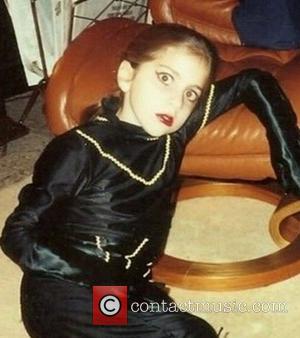 Picture: Lady Gaga pictured when she was 9 years old Supplied by (WENN does not claim any Copyright or License in the...

Lady GaGa has won praise from health campaigners for opening up about her struggle with eating disorders.

The Poker Face superstar has admitted to suffering from both bulimia and anorexia since she was 15 years old after pictures of her fuller figure sparked online criticism.

She published a picture of herself posing in a bikini along with her admission and is urging fans to post their own snaps online as part of her new Body Revolution 2013 campaign in conjunction with her Born This Way Foundation.

The drive, which urges fans to "be brave" and celebrate their "perceived flaws", has now won the backing of a number of campaign groups, including America's National Eating Disorders Association.

Susie Roman, director of progams at the organisation, tells MTV.com, "Her reach is so huge, it's just a critical thing to have someone who is willing to speak out about really unrealistic standards and that incredible pressure to be thin often at the expense of health...

"It's really a step in the right direction when a celebrity like Lady Gaga is willing to do something like launch her Body Revolution campaign and really make statements to advocate for overall health... rather than focus on the pressure to be thin, which is just such a wonderful message for so many people who struggle with these issues in terms of developing healthier self-esteem and well-being."

Laura Discipio, of the National Association of Anorexia Nervosa and Associated Disorders, adds, "Talking about eating disorders, talking about body image... whether you like Lady Gaga's music or not, it still at least gets attention for it. I think it definitely can help...

"I have no idea how much she weighs, but it's just sad that someone's going to sit there and think, 'Wow, look what people are saying about her. She's this great famous celebrity; she's smaller than me. What do people think about me?'"