Lady GaGa Played A Surprise Show At An Intimate Venue In London On Tuesday (09jun15) Just Hours After Her Performing Partner Tony Bennett Called Off Their Gig At The City's Royal Albert Hall That Night. 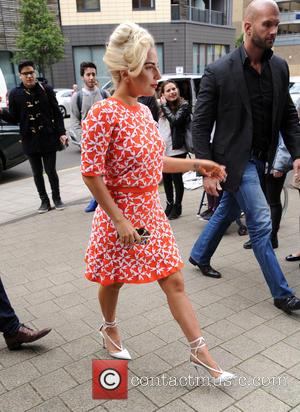 The pair had been due to perform at the famous London venue, but the show was axed after Bennett fell ill with flu. Gaga decided not to let her time in the British capital go to waste, so she headed to Soho jazz bar Ronnie Scott's and performed as a surprise addition to the night's bill.

After the show, Gaga stepped left the club to find her Rolls-Royce, which had been sitting outside Ronnie Scott's during her performance, had been slapped with a parking ticket.