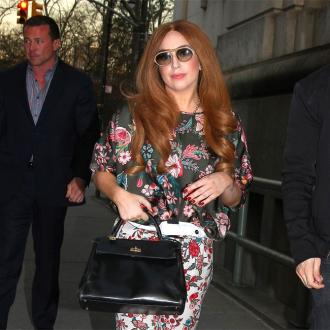 Lady GaGa marched David Letterman's audience out of the studio to watch her perform last night (02.04.14).

The 'Born this Way' hitmaker stepped onto the stage at New York's Ed Sullivan Theater while the 'Late Show' host was interviewing Bill Murray to invite the 500-strong crowd to the nearby Roseland Ballroom, where she is playing a string of concerts until it closes for good next week.

She said: ''Hey, what are you guys doing tonight, 'cause I have a show across the street and if you want to come over, I'll bring you. You can see the performance. I'll bring the audience...You can come over and I'll sing you some songs.''

Fans had known Gaga was scheduled to perform on the show, but had no idea what she had planned.

One elated audience member said: ''This is so awesome. It's amazing. We're so excited we had no idea! We knew we'd see her but didn't know we were going to the Roseland.''

Though the 'Poker Face' singer previously appeared on the programme as a guest in 2011, last night was her first performance on the show.