Lady GaGa claims her next album will have a ''tremendous lack of maturity,'' in contrast to the grown up lyrical themes of her last record, 'Born This Way'. 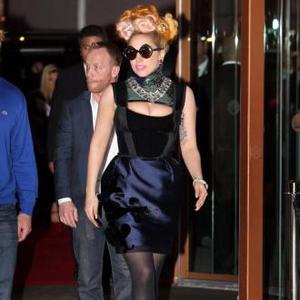 Lady GaGa's next album will have a ''tremendous lack of maturity.''

The 'Judas' singer's last record, 'Born This Way', incorporated grown up lyrical themes - including addressing homosexuality on the title track and her grandfather's death on 'The Edge of Glory' - but she is planning her next album to be more lighthearted.

Speaking during a performance in Perth, Australia, yesterday (08.07.12), she told the crowd: ''Let's just say I feel that when I wrote 'Born This Way', I demonstrated a sense of maturity.

Gaga has already debuted one new track, 'Lady Die', which has proved controversial because of its lyrics, which appear to reference Diana, Princess Of Wales', tragic death in a Paris car crash in 1997.

On the track, Gaga sings: ''And wish that I would go / In my rich boyfriend's limo / Right after he proposed / With a 16-carat stone wrapped in rose gold / With the paparazzi all swarming around /So bob head your head for another dead blonde.''

Diana and her lover Dodi Fayed both died in the Paris crash, and it is rumoured the businessman had recently proposed to her.

Gaga's Born This Way Ball tour starts its next leg in Europe, performing in Sofia, Bulgaria, on August 14.