Lady Gaga Pictures: Which Lady Gaga Outfits Are The Craziest?

As we wade through our Lady GaGa pictures, which is the wackiest Lady Gaga outfit from the ARTPOP promotional tour?

To celebrate news that Mother Monster's new album ARTPOP had debuted at No.1 on the US Billboard 200 chart after selling 258,000 copies, we thought we'd dig out a whole load of Lady Gaga pictures and attempt to fathom which Lady GaGa outfits are the craziest from the ARTPOP promotional tour. 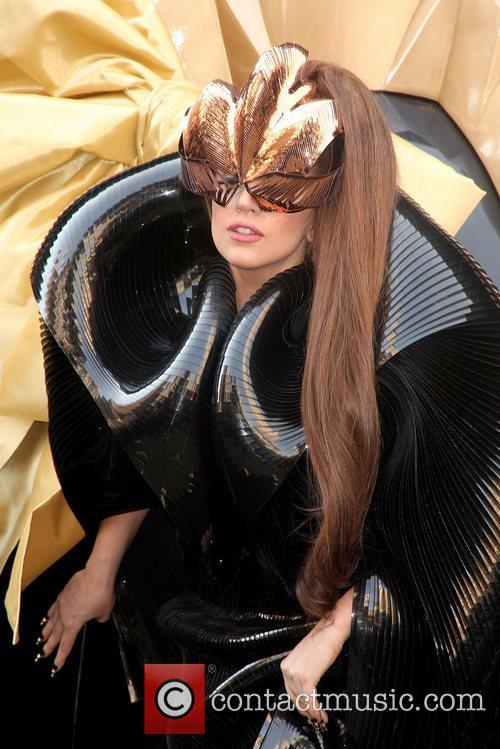 The Applause singer topped the U.S chart for the second time, though it fell way short of the 1.1 million first-week sales of Born This Way in its opening week. In fact, Gaga is only twelfth on the best-selling debut list for 2013, way behind Miley Cyrus, Jay-Z, Drake and Daft Punk. Is the bubble about to burst? Probably not, and besides, Lady Gaga still has her outfits.

Elsewhere on this week's chart, Eminem's The Marshall Mathers 2 took second place selling 210,000 copies, while the Now 48 compilation sold 114,000 copies. Other records in the Top 10 included Katy Perry's Prism, Duck The Halls: A Robertson Family Christmas and In Air: Live At The BBC Vol 2 From The Beatles. Read our review of Lady Gaga's ARTPOP here.

Despite a dramatic decline in sales since Born This Way, Gaga can take solace not only in the No.1 position but also her inclusion on the Forbes highest paid musicians list 2013. The ARTPOP singer was beaten only by Madonna having earned a remarkable $49.6 million over the past year. This figure would have been higher had she not torn a muscle in her hip and had to cancel the tail end shows.

It's likely that plenty more of Lady Gaga's outfits will be coming to a Lady Gaga picture gallery near you, given the pop-star has hinted she will embark on a series of artRAVE live shows following the first in Brooklyn earlier this month. She tweeted this week: "Oh my darling monsters, you will years from now know how important the artRave really was. I can't wait to turn it into a tour!" 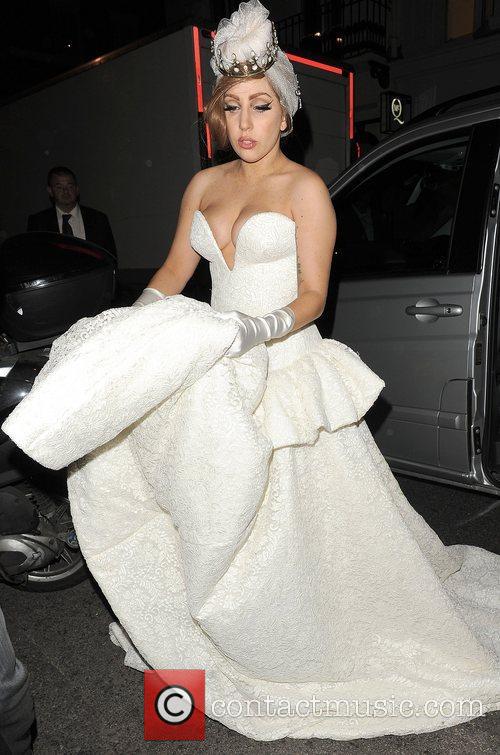 Lady Gaga at the Arts Club in London