‘Born This Way’ singer was performing at a fashion week party hosted by Harper’s Bazaar.

Word to the wise, do not speak when Lady Gaga is performing. Sure if you're attending a sold out Monster's Ball tour show, she probably wont be able to hear you exchanging a few words with your bestie, but when it’s a more intimate jazz concert, it’s probably best to keep zipped. 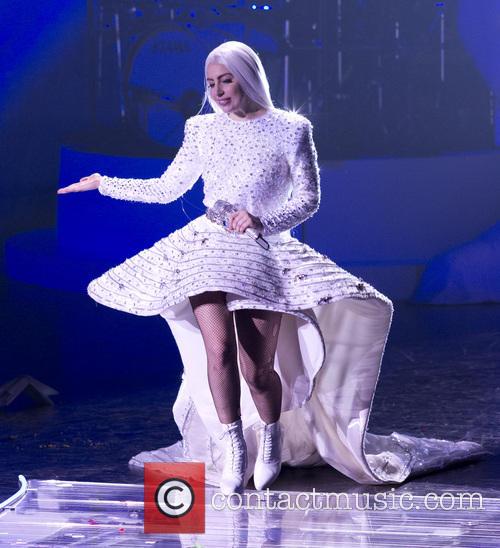 When Gaga's performing you sit and listen

Just ask a few attendees at a New York Fashion Week party in the Plaza hotel who thought they had better things to do than give Gaga their full attention.

When a group among the crowd of just a few hundred kept talking Gaga reportedly stopped in the middle of her second song and said, "Will you (expletive) shut up? We're playing some jazz," before adding, "Goddamn rich people.”

Later the singer dedicated a cover of Cole Porter's ‘Ev'ry Time We Say Goodbye' to her family and boyfriend, 'Chicago Fire' actor Taylor Kinney, telling the audience, "So, if you all keep it down while I sing my boyfriend a song, I'd appreciate it."

More: Watch The Video For Lady Gaga and Tony Bennet's Collaboration, 'I Can't Give You Anything But Love'

At the event attended by stars such as Donatella Versace, Liberty Ross, Brooke Shields and R&B singers Maxwell and Miguel, Gaga sang songs from her soon to be released collaborative jazz album with Tony Bennett entitled, Cheek to Cheek.

The evening, hosted by Harper’s Bazaar magazine was to honour women in fashion. On the red carpet Gaga told reporters, "An icon, I believe, is somebody that has a strong message behind their beauty and I think all of the women that are here tonight have that." Adding, "I'm not sure that I have it, but I am pretty happy to be on the list with all these super models, so thank you."