Gaga performed ‘Till It Happens To You’ at last Sunday’s awards and was joined onstage by 50 survivors of sexual assault.

Lady GaGa’s performance at this year’s Oscar ceremony will go down as one of the most powerful and emotional moments in the award show’s history. For Gaga herself it was a particularly important milestone in her life, as she used her voice to speak out for fellow survivors of sexual violence. 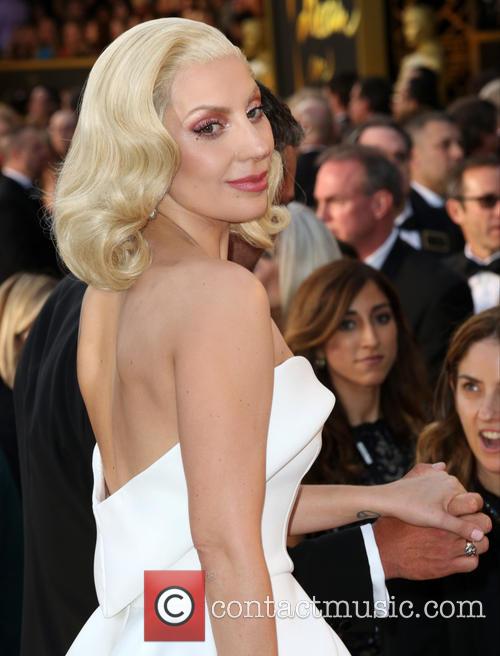 Lady Gaga has spoken about her powerful Oscars performance.

Appearing on the 'Elvis Duran and the Morning Show', Gaga opened up about the performance and what it meant to her and the 50 survivors who joined her onstage. "Theres definitely a stigma around this song in addition to there being a stigma around sexual assault," Gaga said.

"People kind of shut down when you start talking about it and they don't know what to say and that's actually what happens to people who have been through a traumatic experience. We shut down as well, so the conversation doesn't really happen at all.”

Although Gaga had spoken about being the victim of sexual assault before, Sunday night’s performance brought the issue center stage, with Vice President Joe Biden introducing her with a powerful speech.

More: Jaime King Inspired By Lady Gaga To Reveal Sexual Abuse In Her Past

"I was assaulted as a young girl and I have never told anybody," Gaga continued. "I've sort of tried to kind of say it [in interviews] but it always gets sort of swept under or nobody really says anything and they move on to some different gossip and you start to just feel like people don't care and I didn't think that anybody would care.”

"It's the thing that I am the most ashamed of in my life and I've always felt that it was my fault.” The singer went on to say that she still feels physical pain due to the effects of the assault, which happened 10 years ago.

"I feel physical pain," she revealed. "I actually suffer from chronic pain and it's from this paralysing fear that I've experienced for almost 10 years. When something traumatic happens, your brain disconnects so that it can handle it. But, it stays in your body, in your tissues, physically in you.”

But meeting fellow survivors before Sunday night’s performance has helped the singer begin healing after she was able to fully share her story for the first time. "That day was the first time in ten years that I was looked at like a human being,” Gaga said.

"Theres so many people in the world that feel alone and this song—it heals them by bringing them together and it also reminds people that don't feel alone to feel empathy for others," she added.

"If we don't talk about these world issues in a deep way, we're not going to solve any of these problems. I thought that the Oscars was such a turning point for the world."