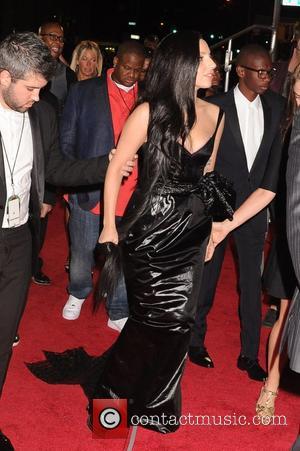 Lady GaGa offered words of support to boy band One Direction backstage at the MTV Video Music Awards on Sunday (25Aug13) after they were subjected to booing as they collected a prize.

The Live While We're Young hitmakers scooped a trophy for Best Song of the Summer for their hit track Best Song Ever, but they were left stunned by sections of the crowd jeering while they were onstage receiving the honour.

The five-piece was later given some stern words of support by Poker Face singer Gaga, who sought them out backstage to warn them to ignore their critics.

In film footage of the brief meeting, Gaga can be heard telling the British band, "If I did hear what I heard out there, I just want to tell you that you deserve every bit of success that you have. And don't you dare let those people boo you... I want to leave right now. I don't want to stay anymore because I don't want to be in a room where people would be like that."