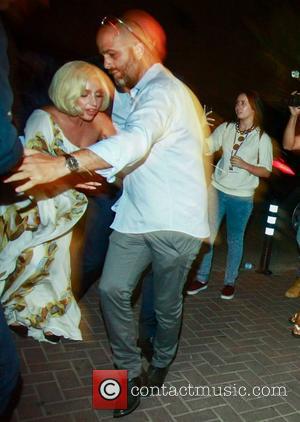 Picture: Lady Gaga - Lady Gaga arrives at The Ritz-Carlton in Herzeliya on Sea. She was mobbed by fans as she arrived and almost fell over...

Lady GaGa has made it into the Oxford DICtionary of Quotations after telling fans she is "just trying to change the world one sequin at a time".

The famous phrase is included in the new, eighth edition of the publication, which lists iconic or inspirational phrases from those in the public eye.

The Poker Face singer's famous words will now appear next to those of historical figures such as Charles Darwin.

Other stars who have made it to the new edition include British comedian Jack Dee and London Mayor Boris Johnson.