On the first night of the month-long iTunes FesTIval, Lady GaGa kicked things off with a bang, debuting seven brand new songs from her upcoming album 'ARTPOP'

Lady GaGa made an emoTIonal and surprise-filled return to the stage as she opened the month-long iTunes Festival at London's Roundhouse Theatre. Having been away from a live audience since she was forced to end her Monster's Ball tour early this year due to health concerns (bar her VMAs performance last month), the singer made sure she gave a performance to remember at the Camden venue. 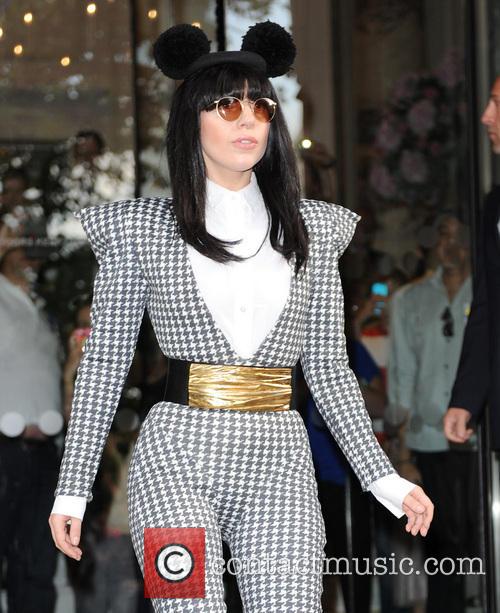 Gaga has been spotted around London for the past week, ahead of her performance

The theatrical performance, complete with costume changes, dance routines and a host of new songs from her upcoming album ArtPop, seven to be precise. Dressed head to toe in black, Gaga emerged from the centre of the venue to perform her first new song, 'Aura,' before stripping down to her underwear for new song number two, the rockier 'Manicure,' which was accompanied by a storm of ticker tape falling on to the audience.

Changing once again, this time to put on a huge blonde wig, Gaga told the audience that she was going to be "making love in this space tonight," gesturing towards the audience. She proceeded to get down to business with the titular track from her new album, before bringing out a special guest to help her seduce the audience further; not that she needed any help that is.

Rapper Too Short came on stage for the rap-influenced 'Jewels & Drugs,' a song that Gaga told the audience was meant to "free [her] from the box of pop music." The track also features rapper TI, however he was unable to attend the performance. And with the end of her hip-hop segment, the first act was over and Gaga exited the stage for a short while. 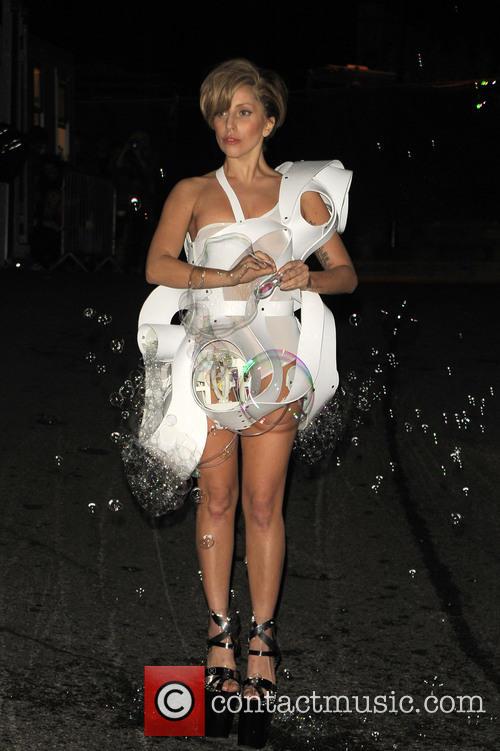 The singer brought her usual, unusual style with her to the British capital

After catching her breath and changing her outfit again (what else did you expect), she came out to perform the much poppier 'Sex Dreams,' before engaging the crowd in an emotional monologue in which she told the crowd how she wanted to show them the "human beneath the wigs."

Things got a little less serious with her next song though, with the pounding 'Swine' tuning the concert back into party mode, bringing out bungee jumpers and snout-masked backing dancers to help her go through the porky number. Ending the set with the ballad 'I Wanna Be With You,' which she dedicated to the fans in the audience, Gaga exited the stage before coming on to play a high-energy encore consisting of new single 'Applause.'

Gaga's performance was the first in a month-long string of performances at the Roundhouse, with the Arctic Monkeys, Pixies, Katy Perry, Justin Timberlake and Vampire Weekend among the many guests due to perform (check out the full line-up at the iTunes Festival website). ARTPOP will be release on 11 November.

ARTPOP will be release on 11 November