Lady Gaga In Tears After 'The Edge Of Glory' Release 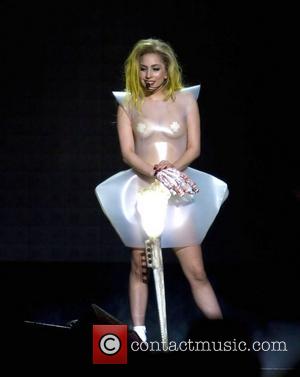 Lady GaGa, the American singer-songwriter who premiered her latest single 'The Edge of Glory' yesterday (9th May 2011) says she has been in tears over the positive reaction from fans. Lady Gaga's 'The Edge of Glory' was released on iTunes but a streaming version on YouTube has already had more than 8500,000 views.
The new single follows the 5th May premiere of Gaga's 'Judas' video, in which she portrays Mary Magdalene riding a motorbike with Jesus Christ and his apostles. Gaga has also promised fans that she will unveil another new track, 'Hair', next Monday (16th May 2011). After 'The Edge of Glory' became available for download, Gaga took to her Twitter page to thank fans for their messages of support, saying, "Been crying reading all your beautiful messages for my new song. It means so much to ME". The new electronic sounding single has been described by MTV as sounding like, "late '80s, early '90s adult-contemporary pop, when big choruses were the norm".
Lady Gaga's 'The Edge of Glory' is the third single to be taken from her forthcoming album 'Born This Way', which hits shelves on May 23rd 2011. The album's title track stormed to number-one in 17 different countries and is officially the fastest selling single in iTunes history.