Lady Gaga: 'I Was Raped As A Teenager' 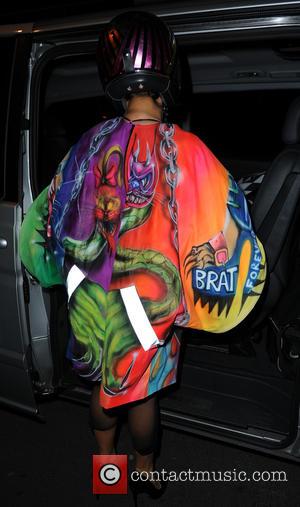 Pop superstar Lady GaGa has stunned fans by revealing she was raped as a teenager.

The Poker Face hitmaker opened up about the "horrific" experience during a candid chat with U.S. shock jock Howard Stern on Tuesday (02Dec14), while explaining why she hired performance artist Millie Brown to vomit paint on her during a performance at the South By Southwest festival in Texas.

"I said to myself, 'I want to sing this song while I'm ripping hard on a drum kit, and then I want to get on a mechanical bull... and I want this chick to throw up on me in front of the world so that I can tell them, you know what? You could never, ever degrade me as much as I could degrade myself - and look how beautiful it is when I do.'"

Shocked by the revelation, Stern asked, "Were you raped by a record producer?", to which Gaga replied, "I don't want to... (discuss it). Happy times! Let's talk about happy things!"

She then continued, "I went through some horrific things that I'm able to laugh (at) now, because I've gone through a lot of mental and physical therapy and emotional therapy to heal over the years. My music's been wonderful for me. But, you know, I was a shell of my former self at one point. I was not myself. To be fair, I was about 19.

"I went to Catholic school and then all this crazy stuff happened, and I was going, 'Oh, is this just the way adults are...?' I was very naive."

Gaga admitted the gravity of the situation didn't really hit her until "four or five years later", and she was so "traumatised" by the sexual assault, she pushed through by focusing on her music.

And the singer, who is now dating actor Taylor Kinney, reveals she has only now spoken out about her troubled past because she didn't want to be seen as the victim.

She added, "I don't want to be defined by it. I'll be damned if somebody's gonna say that every creatively intelligent thing that I ever did is all boiled down to one d**khead who did that to me. I'm going to take responsibility for all my pain looking beautiful. All the things that I've made out of my strife, I did that."

Gaga stopped short of identifying the male producer who allegedly took advantage of her when she was a teen, but revealed he was 20 years older than her and has since claimed they used to date.