Lady GaGa has hinted she is working on a follow-up to her 2010 single 'Telephone', in two posts on her Instagram account. 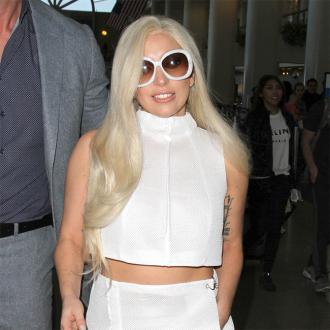 Lady GaGa has hinted she is working on a follow-up to her 2010 single 'Telephone'.

The 28-year-old singer suggested the song's sequel in two posts on her Instagram account, in which she quoted lyrics to the chart-topping track before revealing she is writing new music.

Alongside a picture of a pair of shoes, she wrote: ''These are my leave me alone heels. My Telephone heels. Stop callin', I don't wanna think anymore. (sic).''

In a second post, she added: ''Love you monsters, writing songs. Miss u all the time (sic).''

The track - on which she collaborated with Beyonce - hit number one in the UK in 2010 and has since sold more than 7 million copies around the world.

When originally released, the star teased there would be a continuation of the track by writing, ''To be continued...'' at the end of the video, although no subsequent song has emerged.

Lady Gaga - who got engaged to long-term boyfriend Taylor Kinney last month - revealed in December she is working on music for her next album, with producers RedOne and Giorgio Moroder reportedly involved in the project.

She said: ''I want the fans to be surprised, but I will just tell you that it's a wonderful, soul-searching experience.

''... and it's very unlike the last album in that way. I made that album on the road. 'ARTPOP' was, you know, the acid-making record. And this record is like -- my old self as a cadaver. And I'm just, I'm operating on my old self.''