Lady GaGa is decidedly the best person for the job of paying tribute to the late musical legend David Bowie. As such, she will honour the 'Life On Mars' singer with a dedicatory performance at this year's Grammy awards. And, whether you love or hate her, you can't deny that Gaga has had Bowie written all over pretty much every crazy outfit she's ever worn.

Here's just a few of the most Bowie-esque get-ups the 'Applause' singer has been spotted in over the years:

More: Lady Gaga to pay tribute to Bowie at the Grammys 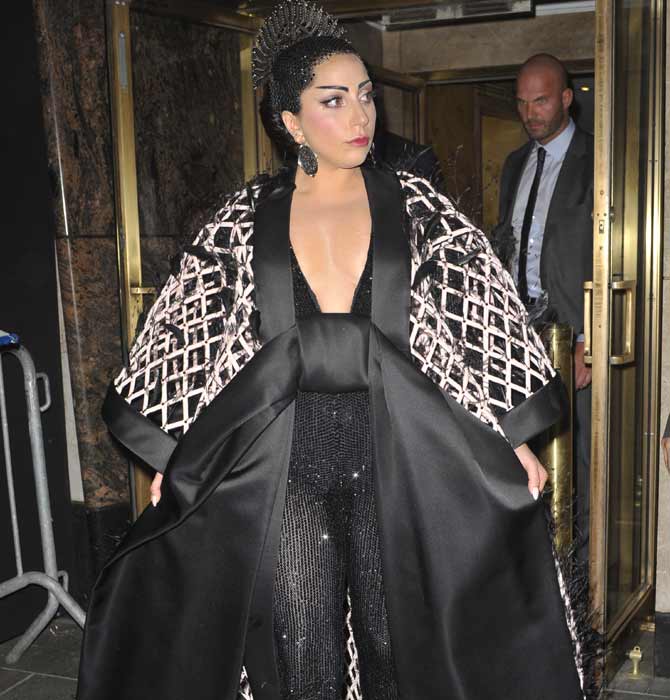 Met Gala, 2015: The custom Alexander Wang for Balenciaga kimono she wore to fit the theme of 'China: Through The Looking Glass' at the Costume Institute Benefit Gala last year may not necessarily scream Bowie, but the extreme poofiness (for want of a better word) was highly reminiscent of that navy, red and white tiger coat he wore on a 70s shoot. 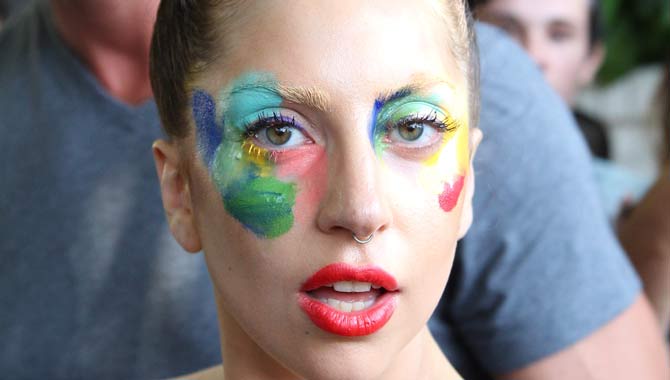 Chateau Marmont, 2013: There are too many examples of Bowie and Gaga's shared love of crazy make-up to name, but her artistic splodges of paint around her eyes that she was snapped sporting outside her West Hollywood hotel in 2013 had Bowie written all over it. Or Warhol: another influence on them both. 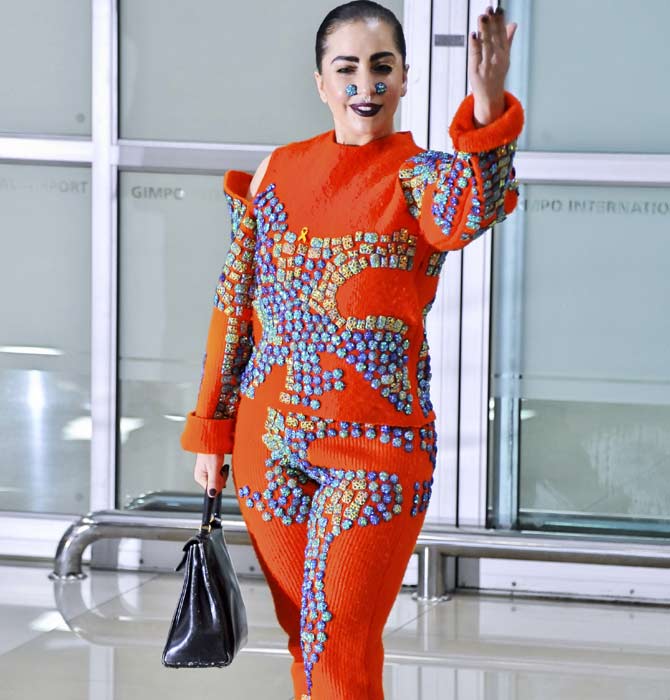 Gimpo International Airport, 2014: Bowie had a big thing for brightly coloured bodysuits at one time, and while Gaga's attire at the Seoul airport ahead of her AIA Real Life NOW Festival gig couldn't actually be described as a bodysuit, it was a matching sweater and pant set in bright orange, adorned with colourful sparkly things. The top even had cut-out shoulder panels like the 'knitted' outfit Bowie once wore on stage in the 70s. 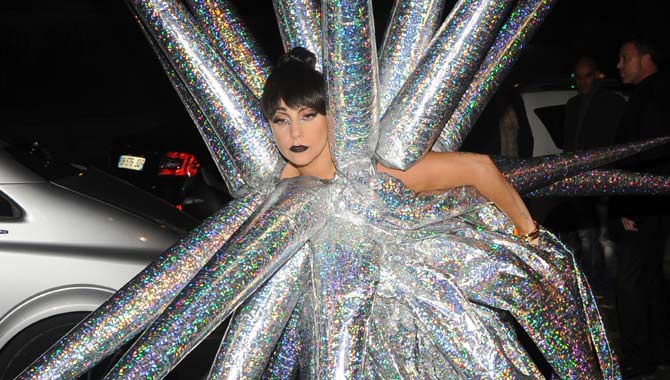 Lady Gaga out in Paris

Paris, 2014: Gaga's spiky silver icicles suit had a hint of Bowie's Pierrot costume about it, though it's a lot more crazy. Saying that, we could definitely imagine Bowie going for that look had he been a young star in this decade. 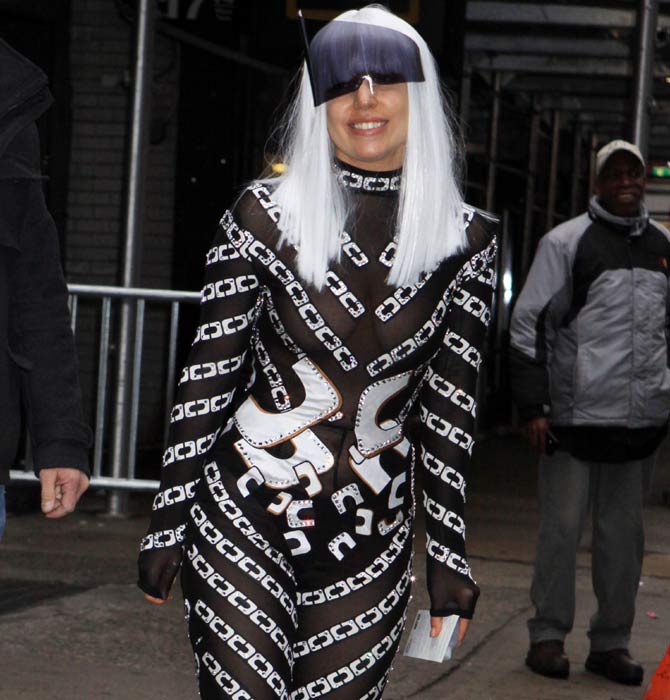 Lady Gaga ahead of her show at the Roseland

Roseland Ballroom, 2014: Another classic - the silver and black striped bodysuit she wore for her 28th birthday performance. This had a similar mind-bending quality to it as the Ziggy Stardust, curved-leg catsuit that's probably renowned as Bowie's weirdest look. Though it's also a similar concept as his black and white striped suit. 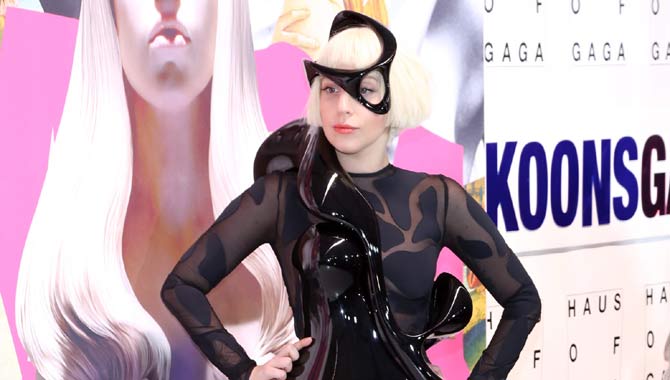 Lady Gaga at her artRave event

artRave, 2013: Suffice it to say, Bowie's never worn an outfit quite like Gaga's black plastic dress at her 'artRave' event in the Brooklyn Navy Yard. But it's this kind of space age rocker look that Bowie was all about in the 70s. She even has a sort-of eyepatch headpiece, which could be seen as a nod to Bowie's love of the eyepatch. 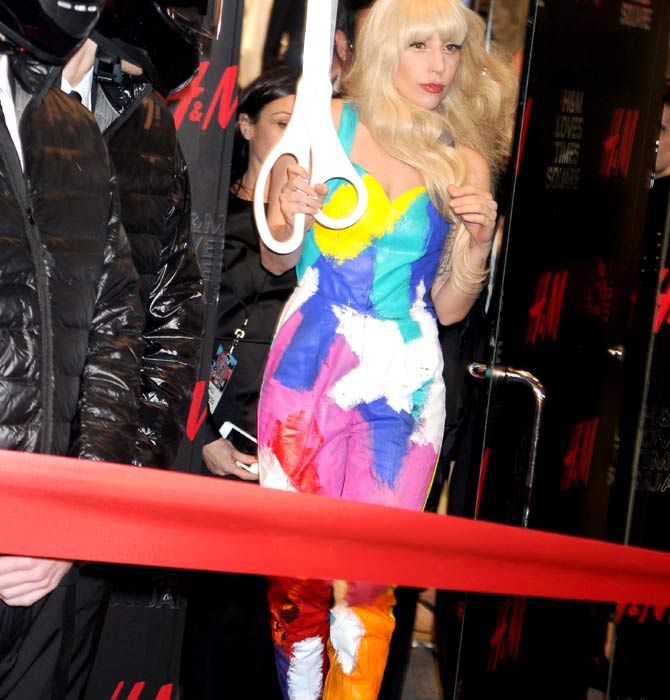 H&M Grand Opening, 2013: Following Bowie's lead of the bright jumpsuit, Gaga again dazzled at the Times Square store opening with a multi-coloured one-piece. Though, unlike the 'Let's Dance' singer, she had both her legs covered. 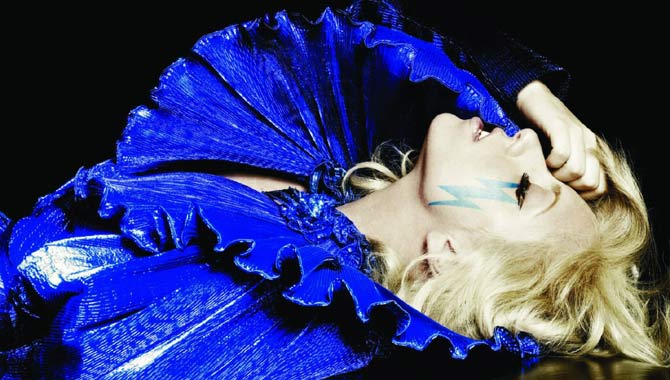 Just Dance: Probably the most obvious of the lot was Gaga's borrowing of Bowie's iconic lightning bolt eye make-up for the cover (and video) of her debut single 'Just Dance'. That's when we knew the female incarnate of Bowie had finally arrived. 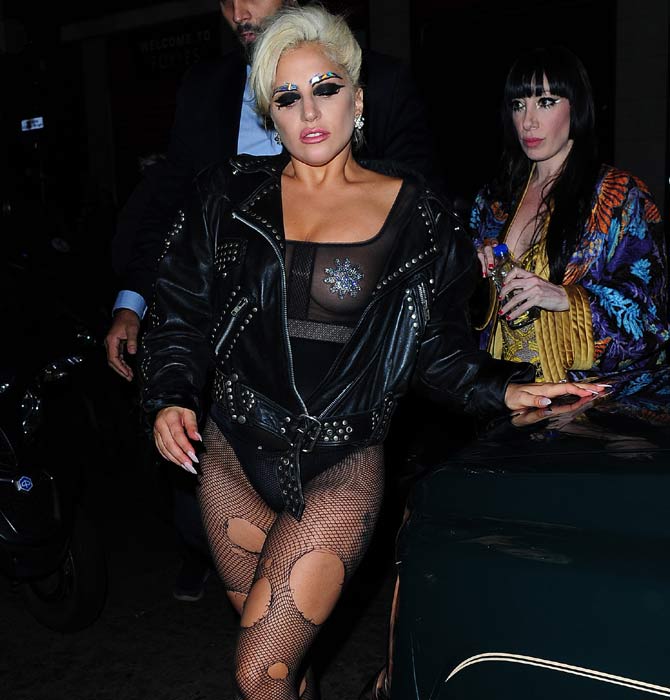 Lady Gaga out and about in London

London, 2015: Just like his 1973 stage costume - the mesh suit with the gold hands - Gaga favours ripped up fishnets too. Though she teamed them with a leather jacket and nipple pasties when she wore the look on a night out at Ronnie Scotts Jazz Cafe last year.