Lady Gaga Has The Perfect Response To Any Pregnancy Rumours

The singer, who is engaged to boyfriend Taylor Kinney, isn't ready to start a family just yet.

Lady GaGa has found the perfect way to shut down any pregnancy rumours, by publicly declaring that she’s not got a little monster on the way and instead she’s just approaching 30. 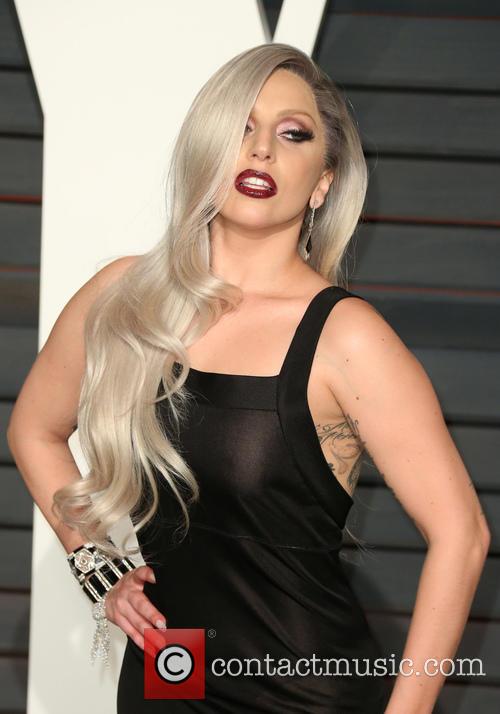 Lady Gaga is not pregnant she’s just getting older.

During a concert at the Hollywood Bowl in L.A. Sunday, as part of her series of Cheek to Cheek shows with Tony Bennett Gaga told the audience, "I'm getting a little older and many people think I'm pregnant but I tell them, 'I'm just almost f--king 30.’"

"Tony's taught me [that] you can live your life and feel the same every single day forever...Me on the other hand, I'm having a more difficult time with things," the 29 year old said before grabbing her thigh and adding, "A little more here and there.”

More: Watch Lady Gaga Causes A Minor Crowd Disturbance As She Sets Out For The 2015 Met Gala

The singer, who became engaged to actor Taylor Kinney in February, also gushed about her fiancee during the show, telling the audience, “I just tried to skype with my fiancé... He's in Serbia. Every little bit I get with him, even though it's not a lot, means so much.”

Gaga is currently playing a series of shows with legendary singer Tony Bennett, whom she collaborated with on the album Cheek to Cheek. Next week the pair will play London’s Royal Albert Hall, on the 8th and 9th with both shows having already sold out.

The record has been a huge success for both singers, earning a a Grammy for Best Traditional Pop Vocal Album and debuting at the top of the Billboard Charts last September. The album made Gaga the female artist in the 2010 decade to have three number-one albums, while Bennett was able to extended his own record as the oldest person to achieve a Billboard number-one album.

Speaking to Parade magazine last year, Gaga said of the experience, "When I came into this with Tony, he didn't say, 'You've got to take off all the crazy outfits and just sing.' He said, 'Be yourself. You know, people wrote a lot of things about my last album, ARTPOP, which was very controversial.”

“If it didn't grab the whole world the way The Fame Monster did, that's OK, because I know it's good. That's what Tony has taught me, that my intuition is right,” the singer added. “When he talks about the 66 albums he's put out, the peaks and valleys, and how it's not about having a hit record—it's the most inspiring thing.”