Lady Gaga Releases 'G.U.Y. - An Artpop Video': What Was She Thinking? [Video]

Lady GaGa's new video was directed by Gaga herself: of course it was.

Lady GaGa has bestowed her brand new music video, G.U.Y. - An Artpop Video, upon the world, showcasing a handful of the songs from Gaga's latest album whilst the singer and her Haus of Gaga crew perform raunchy dance routines in an array of different outfits. An overblown and hilarious look at capitalism, feminism and silly hats, G.U.Y. is another Gaga video victim to confused messages, budget-blowing effects and dangerously high bikini lines.

Lady Gaga Has Bestowed Her New Music Video Upon The World.

The video begins with a winged, naked Gaga emerging from the dust after being trampled by fighting businessmen before hauling herself off to California's Hearst Castle where she is received like a princess and worshipped by an array of synchronised swimmers, topless male dancers and the cloud-riding Himeros, the Greek God of sexual desire.

As you may have guessed, Gaga directed her new film herself and features 'Artpop,' 'Venus,' 'Manicure' and 'G.U.Y.' as musical accompaniment to scenes of mythical debauchery. In one surreal scene, Lisa Vanderpump, Kyle Richards, Yolanda Foster and Kim Richards from Real Housewives of Beverly Hills appear clad in pink whilst playing random classical instruments as Gaga bursts into a dance number.

In the player, the video shows itself to be 11 minutes long but after the 7 minute music video has finished, the rest of the time is dedicated to thanking each and every person who had even the tiniest influence on the creation of G.U.Y, from cameramen, to the portaloo people, to the helpers who dusted the grim reaper costumes with talcum powder.

In classic Gaga style, as much twisted imagery is packed into the shots as possible, leaving us with a headache and a vague recollection of Michael Jackson and Jesus' simultaneous resurrection, Gaga's head mounted on a Lego bust and a floral Greek wedding scene where Gaga sings "I wanna be the girl under you." 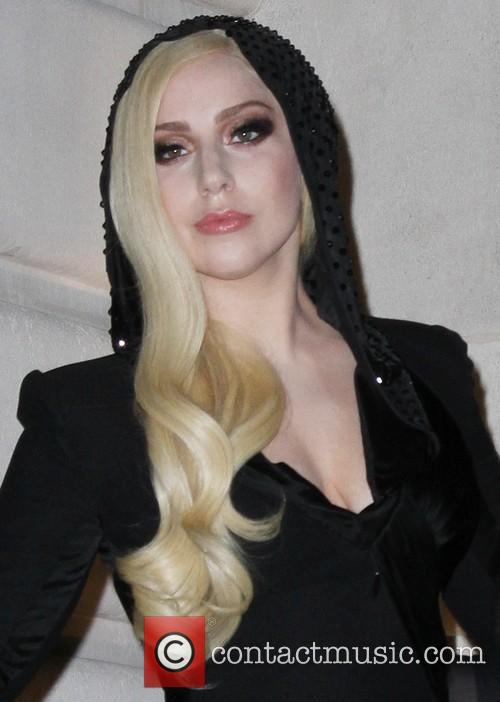 It's Classic Gaga Weird: But Would We Expect Any Different?

Gaga's Artpop album failed to perform to the standards set by her previous work, therefore ostentatious and controversial videos such as these bring attention to her work that would have otherwise been lost. G.U.Y is often over-the-top and frequently funny, simultaneously alienating her audience whilst creatively enhancing her fans' experience.

Many have suggested that the opening scene represents Gaga being betrayed by the greed of the Music Industry, then being healed by her fan-base at the Castle and extracting DNA from Jesus, Gandhi, Michael Jackson, and Lennon to make herself and her new team stronger than ever; others reckon it's just a chance for the attention-seeking popstar to show off her body. At least Gaga didn't get vomited on this time: Lady Gaga's 'G.U.Y' the single will be released on the 12th May.