Lady GaGa has landed the prestigious September cover of US Vogue, The Fashion bible's most prestigious issue. 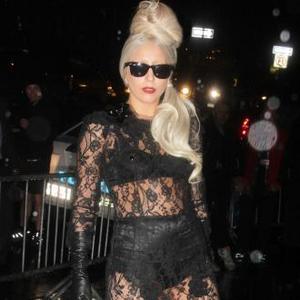 Lady GaGa has landed the prestigious September cover of US Vogue.

The 'Marry The Night' singer - who first posed for the publication in March 2011 - will be The Fashion bible's cover star for its all important September issue, which is always the most lucrative edition due to its increased advertising.

Gaga - whose real name is Stefani Germanotta - is currently on her 'Born This Way Ball' world tour and so the cover has already been shot by Mert Alas and Marcus Piggott for the magazine which is edited by Anna Wintour.

The issue will coincide with the launch of Gaga's first fragrance which is thought to be called Monster.

The controversial singer signed a deal with Coty Inc. - one of the world's largest beauty companies - in 2010, to create a range of perfumes but reportedly requested that the scent ''smell of blood and semen''.

Last year, Kate Moss was given the honour and used the issue to showcase pictures from her July wedding to Jamie Hince.

Mario Testino took the photographs while Hamish Bowles reported on what took place inside the supermodel's big day.