A Naked Lady Gaga Ends Her Feud With Sharon Osbourne, But Kelly Osbourne Isn't Buying It

The two unexpectedly ran into each other in London club G-A-Y and embarked on peace talks, talks that Kelly wanted nothing to do with

Lady GaGa stepped out on stage at the well-know G-A-Y nightclub in London on Saturday, 26 October, night to give a show stopping and truly memorable performance. It was memorable for two reasons really, the first one being that Gaga striped down to her birthday suit at the end of the performance, and the second being that it was the arena where her long-running feud with Sharon Osbourne finally came to an end. 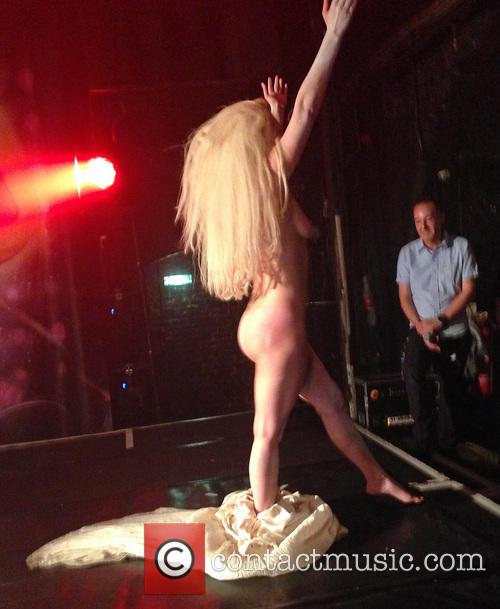 Gaga bares all during her performance at G-A-Y

The two outspoken stars kissed and made up following Gaga's explosive set at the nightclub venue, having unwittingly bumped into each other in the VIP area before hand. Osbourne was at the venue to support her recently axed X Factor contestant Shelley Smith, when unbeknownst to her, her arch nemesis Gaga showed up in the VIP area for an impromptu performance. According to Metro, the pair met up after Gaga's unannounced gig and "spent time together backstage."

"They sat talking for a while. They were happy to share the space before having a private conversation. They are both amazing women and both about “love” at the end of the day. There were no hard feelings," the source at the scene went on to tell the paper.

The pair have been at blows since last year when Sharon's daughter, Kelly Osbourne, accused Gaga was hiding a pregnancy at the 2012 Grammys. Gaga then hit back, saying that Kelly was encouraging bullying, after which Kelly piped up again to moan about being attacked by Gaga's many fans on the web. Mama Osbourne then stepped in, calling Gaga a "a publicity-seeking hypocrite" in an open letter to the star, and the trio have been at blows ever since. The feud was seemingly ended on Saturday night however, because on Sunday's (27 Oct.) episode of The X Factor, Gaga performed her new single 'Venus' and immediately went off stage to hug Sharon at the judges table.

Gaga tried to make peace with the younger Osbourne too, presenting Sharon with a birthday cake for Kelly after teh show in a sign of good will. However, Kelly was clearly not in the mood for being the bigger person and accepting the peace terms, as she proceeded to go on an online rant against Gaga on Twitter. Among some of her choice tweets against the Mother Monster included, "Not to be ungrateful but why would you send me a birthday cake via my MOTHER in a country half the would away? #JustSendItToME #LoveNotWar” adding, "#StefaniStopIt!" and "You are so far behind you think you are first!"

Kelly then went on to demand "the truth" from Gaga, probably alluding to the pregnancy Kelly is sure she was covering up last year. In case you were wondering, we have no idea why Kelly is so irate either. Hormones perhaps, or jealousy. It should also be mentioned that Gaga went on to address Kelly's randomly toxic tweets herself, pleading with her fans not to attack Kelly with viral abuse. Sharon has yet to weigh in on the situation.

Monsters, please just focus on the positive of tonight's performance and do not send any hateful messages. I don't support it. #SpreadLove 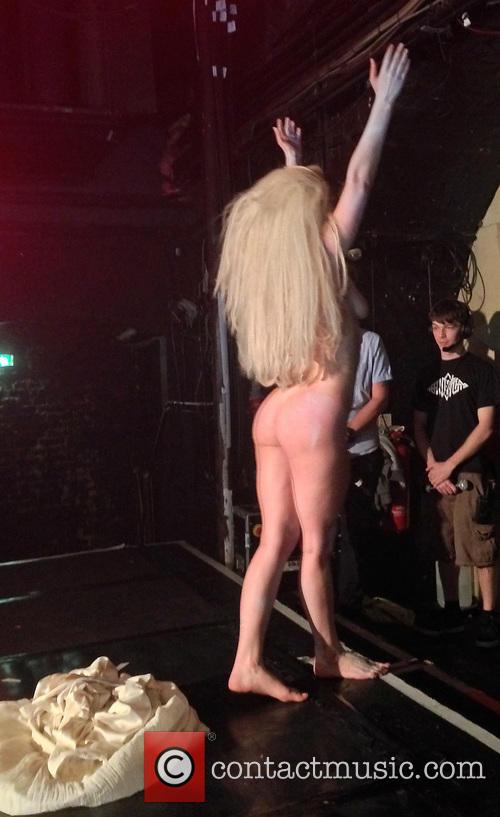