Lady GaGa, Bill Murray and David Letterman are perhaps some of the most unlikely people you'll find taking a selfie together yet that's just what happened when Murray and Gaga joined the talk show host on The Late Show With David Letterman on Wednesday (2nd April). 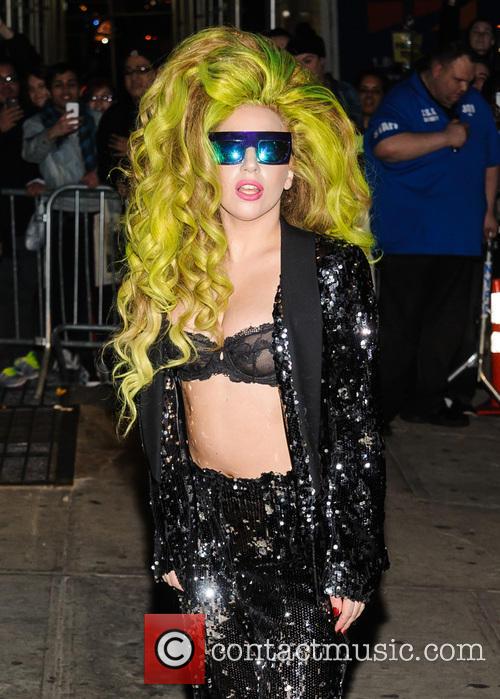 Lady Gaga outside the Roseland Ballroom in New York.

Murray arrived on the show and attempted to usurp Letterman from his desk at the New York studio. Carrying a clipboard, Murray announced it was on his bucket list to host the Late Show and meet Lady Gaga. Fortunately, he was able to tick the two off his list at the same time.

Gaga was fortunately loitering around backstage at the Ed Sullivan Theater and when prompted appeared wearing a leather jacket and a large pair of sunglasses. Letterman introduced Murray and Gaga, exclaiming "I can't believe you kids haven't met!" To which Murray responded "No, I would have remembered." A sentiment we can all emphasise with as Gaga's bizarre outfits are memorable moments in photographs, let alone meeting the Mother Monster in person.

After briefly posing for a selfie with Letterman and Murray, Gaga proceeded to perform 'Born This Way' and invited Letterman and Murray to watch her concert at the Roseland Ballroom. Gaga has been appearing at the Roseland Ballroom in New York for the venue's last ever week. She has appeared in a range of bizarre outfits ranging from a nude coloured onesie with roses in appropriate areas to leggings and a relative normal top.

#BillMurray checks things off his bucket list with some help from Dave and @LadyGaga. Watch: http://t.co/YLUbv8VamZ pic.twitter.com/GqeLRjTgrW

More: Lady Gaga admits her boyfriend wears the trousers in their relationship - discuss.