Lady GaGa had a long chat to Sir Mick Jagger about their forthcoming collaboration while she was in the bath earlier this week. 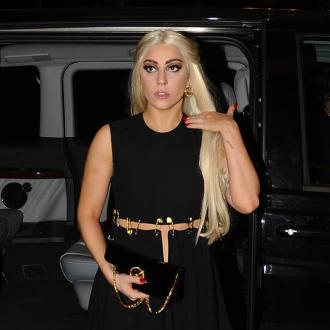 Lady GaGa spoke to Sir Mick Jagger while soaking in her bath this week.

The 26-year-old singer didn't want to miss a call from the Rolling Stones rocker so she had a chat to him while cleansing herself, and the pair spoke ''at length'' about their forthcoming collaboration in New Jersey this weekend.

A source told The Sun newspaper: ''Gaga didn't want to miss Mick's call so she took it in the bath.

''They spoke at length about what's going to happen.''

While details of the performance - which will take place at the Prudential Centre in Newark, New Jersey, on Saturday (15.12.12) alongside Bruce Springsteen - have remained largely under wraps, the 'Born This Way' hitmaker is keen to style herself in a similar way to how the 69-year-old frontman used to look in his heyday.

The source added: ''She also asked Mick if she could wear any of his old stage gear for their performance.''

Mick took part in a rare TV appearance on 'The Late Show with David Letterman' on Tuesday (11.12.12), in which he starred in a sketch called 'Things I, Mick Jagger, Have Learned After 50 Years In Rock 'N' Roll'.

The spoof saw the rocker jokingly recommending other musicians to ''be considerate of other hotel guests - trash your room by 10pm''.

He also poked fun at Maroon 5's song 'Moves Like Jagger' as another of his teachings included: ''You don't earn a cent when someone does a song about having 'moves like Jagger'.''

She wrote: ''I am so honoured and excited to announce I will be performing with @rollingstones on Dec15 for their 50th Anniversary Concert One More Shot. (sic)''.