Lady GaGa is building a home in Greece that will appear to float in the sea. 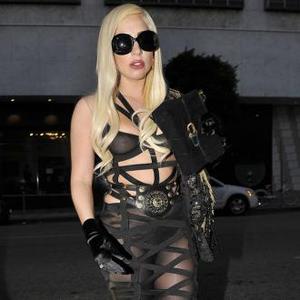 Lady GaGa is building a home in Greece that will appear to float in the sea.

The property, reportedly costing £10million, is being built in Crete where the 'Born This Way' star bought land last year.

Sources told the Daily Star newspaper: ''It's going to be absolutely phenomenal when she's finished with it.''

The 26-year-old singer - who as a child attended the same Catholic school in New York which Suri Cruise has been enrolled into - is also planning to have a palace and a church on the European land.

The insider continued: ''It's right on the water and appears to be floating, so anyone wanting a gander will only be able to see it if they go by boat.''

''Besides the palace and church, the project will also include a Tennis court and two pools.''

The source added: ''It has ended up costing over £10m for the whole development and that's only so far. Extra costs are sure to mount up.''

In 2010 it was rumored she was considering getting married on the Greek island with her boyfriend at the time, Luc Carl.