Lady GaGa celebrated her 28th birthday dressed in a few dozen roses, an opaque onesie and a headscarf.

Lady GaGa knows how to celebrate her birthday in style - sort of. The Mother Monster and queen of all things bizarre joined fans in New York on Friday (28th March) to celebrate her 28th birthday with a performance at the Roseland Ballroom. 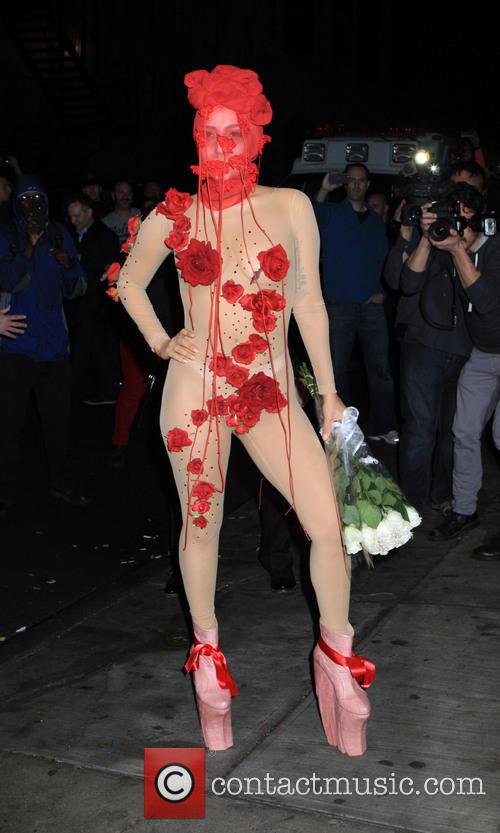 The 'G.U.Y.' singer showed up to her performance in her birthday suit - well almost. Gaga arrived at the venue in a vintage New York yellow cab, wearing one of her most bizarre outfits to date. Gaga wore what appeared to be an onesie made entirely of opaque nylon, with red roses strategically placed across her chest and crotch. Unfortunately, it was still possible to see Gaga's tiny nude underwear, despite the single rose bud placed between her buttocks. In order to complete the ensemble, Gaga wore a red headscarf also decorated with a string of red roses. 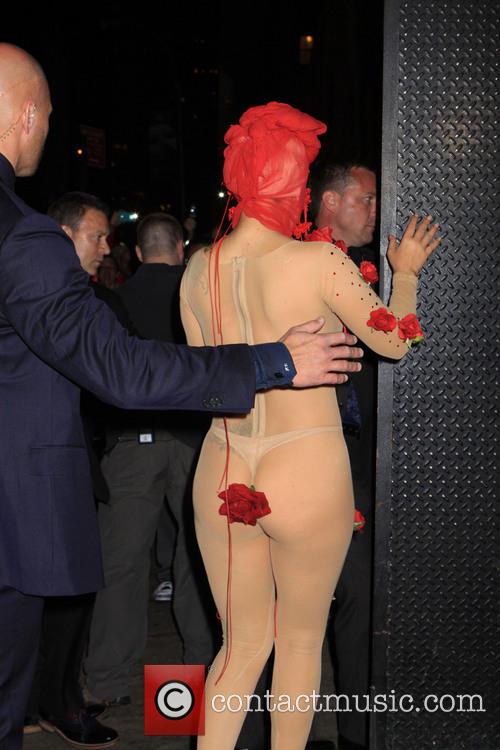 One of Gaga's strategically placed roses.

See more pictures of Lady Gaga at the Roseland Ballroom. 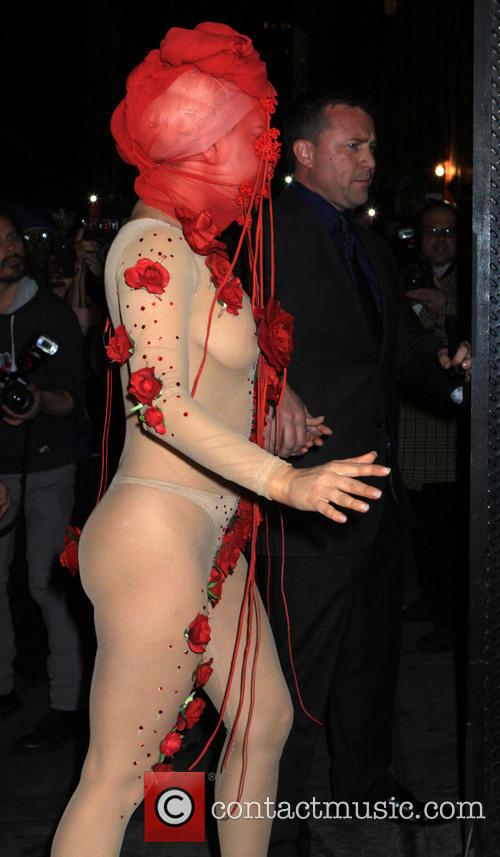 Gaga, as Billboard reports, referenced the closure of the Roseland at the beginning of her hour long set. She said "this is so exciting! How completely epic for an amazing venue", adding, "I mean, what a dream come true. Who has a 10-day funeral?" Gaga also tweeted about the closure, claiming it was "time to give Roseland the goodbye it deserves, with all the roses in NY!"

Time to give Roseland the goodbye it deserves, with all the roses in NY! ??pic.twitter.com/7y1IvDafQc