Lady GaGa has given her Seal of approval to shock rocker Alice Cooper's version of her track 'Born This Way'. 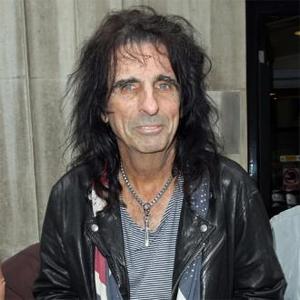 Lady GaGa has given her Seal of approval to Alice Cooper's version of 'Born This Way'.

Shock rock legend Alice has recently started playing his own heavy version of the 'Bad Romance' singer's track live, and said she was impressed when she heard it.

Alice exclusively told BANG Showbiz: ''Gaga loved it, she emailed us - she's in Australia right now - and said she loved it, I just thought it was such a great track, and the lyrics, 'My momma told me when I was young / she did my hair and put my lipstick on,' for Alice Cooper to sing that, it's funny.''

The 'Under My Wheels' singer also explained he prepared the song especially to appeal to the young crowd at last weekend's Bonnaroo festival in the US.

He added: ''We figured 15 to 25 was probably the average age out there, and I was thinking of a song that would be of their generation, so I said, 'What about 'Born This Way'?' Because that song could be a rock song, it just needed a different attitude.''

To put a typically Alice touch on the show, he also prepared his stage prop Frankenstein's monster to look like Gaga.

He explained: ''I wasn't making fun of Lady Gaga, it was a tip of the hat to her, but We have this 14 foot Frankenstein that we use in our show, and I said, 'Dress up the Frankenstein like Gaga, and have that come out at the end with the big blonde hair and the curlers and the dress - and the audience loved it, they absolutely got it.''