Lady Gaga and Tony Bennett Cancelled Concert Will Not Be Rescheduled

Lady GaGa and Tony Bennett’s collaborative show that was cancelled at the last minute on Tuesday night will not be rescheduled, it has been revealed. 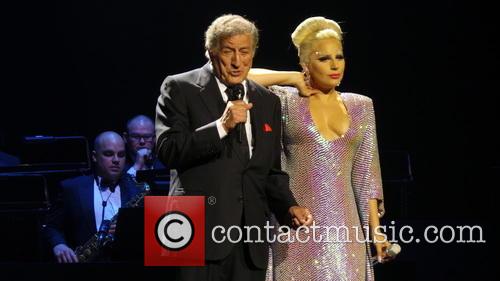 Lady Gaga and Tony Bennett had to cancel their planned show

The crooner and his often controversial partner, whose daring outfits have included a dress of meat, had already performed for Prince Harry on Monday; however, it seems like that was all a bit too much for 88-year-old Bennett who put paid to a second night of dueting because of the flu.

The stage-ready singers were due to perform from their Grammy award-winning duet jazz album, Cheek to Cheek, but fans were left disappointed after the Royal Albert Hall sent out Twitter messages.

After Bennett’s rousing performance on Monday where he looked well and chatted animatedly with Prince Harry, rumours began to circulate that the star had actually had a heart attack.

However, his team were quick to dismiss this theory and released a statement that said: "Unfortunately, Tony Bennet has come down with a flu virus which had prevented him from performing the second of two sold-out shows in London."

MORE: Lady Gaga Has The Perfect Response To Pregnancy Rumours

Tickets holders were left disappointed without cause of a reschedule celebration after being told that they could instead get a full refund.