Lady GaGa has been praised by 'American Horror Story: Hotel' co-star Kathy Bates, who says she ''rocked'' her first scenes on the TV series. 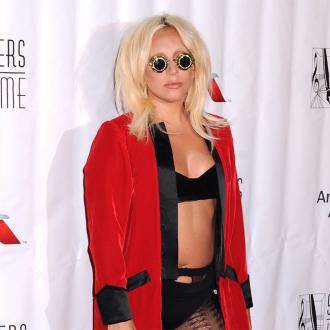 Lady GaGa felt as though she had ''died and gone to her personal heaven'' after her first day filming on 'American Horror Story: Hotel'.

The pop superstar stepped on set for her first scenes in the TV series on Tuesday (11.08.15) and admitted she enjoyed every second of it.

In a post on her Twitter account, she revealed: ''Thoughts on first day shooting for AHS? I say, I've died and gone to my personal heaven. (sic)''

In the horror anthology show - which is entering its fifth season - Gaga is playing a character called Elizabeth, a wealthy hotel owner with a ''nefarious plan''.

On her first day Gaga got to shoot scenes with Kathy Bates - who is playing Iris, the third character she has portrayed in the programme - and the 67-year-old actress insists the musician ''rocked it''.

Kathy tweeted: ''My first day shooting @AHSFX: Hotel with the sublime @ladygaga. Let's just say she rocked it. The Countess scared the crap out of Iris! (sic)''

He said: ''She owns the hotel and she is sort of a very wealthy social doyenne who is consumed with art and fashion and people.''

Gaga - who is engaged to 'Chicago P.D.' actor Taylor Kinney - has had a few acting roles before, appearing in films 'Machete Kills' and 'Sin City: A Dame To Kill For'.